Originating in 2014 and with a two-track EP and a digital single released in 2016, The solo project of instrumentalist / vocalist Mick (not the blackest of metal names, I think you’ll agree) from Strasbourg, Time Lurker has issued its first full length offering. Expansive and immersive, the album’s atmospheric black metal roots are combined with elements of depressive and post-black metal for a simultaneously harrowing, darkly satisfying, and cathartic experience.

Weaving ever-darkening shades into the blazing vistas, the song-craft on display is second to none. Opener’s ‘Rupture’, Judgment’ and ‘Ethereal Hands’, all from 2016, are vast in scope. Between eight- and 11-and-a-half-minutes, they plot captivating arcs, the tracks shifting effortlessly through an array of moods, of tones and timbres, of shades and nuances, of tempo and feel shifts without once losing sight of their gloomy goal. Fiery and fierce, when the tracks burn their brightest, Mick’s urgent and tearing vocals paint a red sharpness across the subtly hued soundscapes and bring a disturbing edge to the tracks, all the time dragging the listener in deeper.

With three of the four new tracks between two-and-a-half minutes and almost six minutes, Mick concentrates his fire more precisely. ‘Reborn’ is an atmospheric piece, guitar and synth being layered on top of each other to create a mystical and ethereal air that segues into the beautifully barbaric ‘No Way Out From Mankind’ where the blackened fires are allowed to burn as intensely as possible before ‘Passage’ transports us back again into the mystical and the ethereal.  Closing track ‘Whispering From Space’, at eight-and-a-half minutes, is a mightily impressive track, its dark and captivating rhythms and hypnotic and mesmerising riffs blasted against a wall of bleak and brutal atmospherics is incredible and a fitting end to a diverse and imposing piece of work.

The only criticism that can be made is that ‘Reborn’ seems to function as an intro to what would be another EP and so does feel like the beginning of ‘Part 2’ of a collection rather than a coherent whole. That said, there is a clear sense of development across the tracks and so where this could have easily been a stumbling block, instead we hear the band’s strengths blossoming. What is most impressive about this album – and there’s a lot here that does impress – is how space is used, each track and the whole album are allowed to breathe so that all of the elements can fully play out their role in the piece as one. A dark and many-hued experience, the deep, the dark and the hostile are explored in full and neither the intensity nor the sombre nor the spectral depths ever wane. Compelling enough in itself, where Time Lurker will go after this is equally if not more compelling. Recommended. 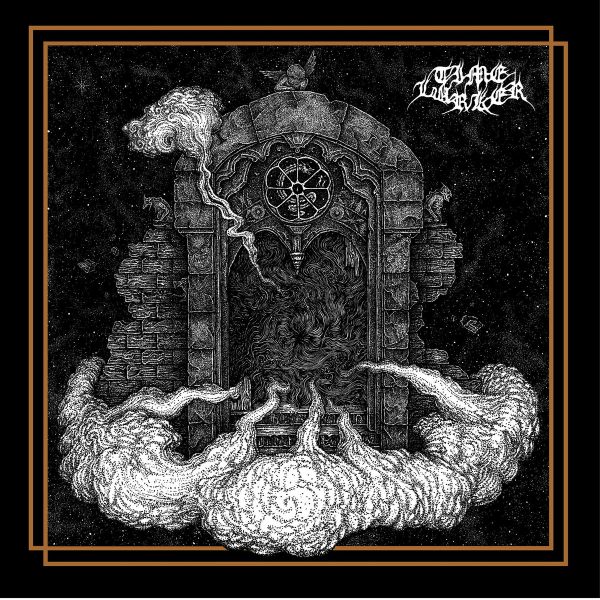