Paul ‘man overboard’ Castles gets swept away by Tides From Nebula’s new album Safehaven, released on May 6 via Long Branch Records

Polish underground outfit Tides From Nebula create sublime sonic soundscapes completely devoid of any vocals. The inspired instrumentalists, not unlike Japan’s incredible Mono in places, manage to paint vivid pictures of such depth and clarity that to throw a human voice into the melee would seem almost unseemly.

The atmospheric angles explored by the Warsaw quartet have a spaced, rather than a spaced out, feel. Throw ‘Nebula’ into a sixth form forum on astronomy and a hand will shoot up (although they probably don’t actually do that thesedays!) and someone will retort, ‘Sir, that’s an interstellar gas cloud’.

Safehaven is Tides From Nebula’s fourth album in eight years and is a compelling listen that at times makes you feel as though you’re floating alongside those fluffy cottonwool balls in the sky.

To fully absorb the myriad of progressive layers and lines concealed within, you need to invest a little of your time, starting with the opening title track which is more spine-tingling than an old soldiers’ reunion.

Stunningly soft, although with deft touches just to nudge the flow helpfully along, ‘Safehaven’ is a sublime instrumental number in which the Polish performers open up their heart with mellow movements softer than a luxury Harrods’ pillow. At times the ethereal elements will stir thoughts of The Cocteau Twins, for anyone aged enough to recall the 4AD pioneers of the mid-80s.

‘Knees to the Earth’ is a more frosty affair, deeper and darker, with an edgy urgency about it that in places comes close to the kind of pummeling rhythm attacks that Bossk produce to such devastating effect, although a delightful triangular riff in the latter stages is pure Cure.

Tides From Nebula’s sense of timing is to Swiss clock standards, and the ability to steadily develop the mood and build a sense of atmosphere on songs such as ‘All the Steps I’ve Made’ is gloriously achieved.

The more melancholic movements manage to lift you onto a higher plain where thoughts of day to day drudgery holistically dissolve allowing all your spiritual energies to focus on the ambient arcs spiralling around your head.

I first came across Tides From Nebula a few years ago at the Damnation Festival held up at Leeds Uni. I was totally absorbed by the power and poise they somehow brought together, and I was certainly not alone in that.

Compositions such as ‘The Lifter’ and the dynamic ‘Traversing’ remind me precisely why I found these poetic Poles so easy to embrace.

While some of the musical arrangements on Safehaven, such as the short track ‘Colour Glow’, carry a certain vulnerability and fragility that makes you want to hold them close, there’s sufficient interaction between keyboards and guitars on the likes of ‘We Are The Mirror’ and the climactic closer  ‘Home’ to prevent the whole thing disintegrating into mush.

The Poles pretty much managed the entire production of this album single-handed. They’ve done a remarkable job alright. 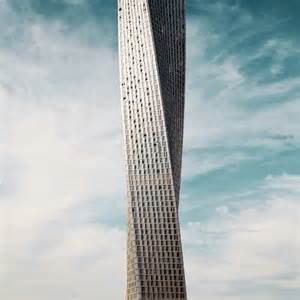