Derby Southern-rockers These Wicked Rivers have been announced as special guests to Nashville Rockgrass legends Hayseed Dixie on their UK tour this Autumn. They will be joining the tour for 23 of the 27 dates.

The tour follows a busy summer for These Wicked Rivers, which sees them in the studio working on the follow up to their critically acclaimed debut album ‘Eden’, as well as playing festivals across the country including Steelhouse and Stonedead. 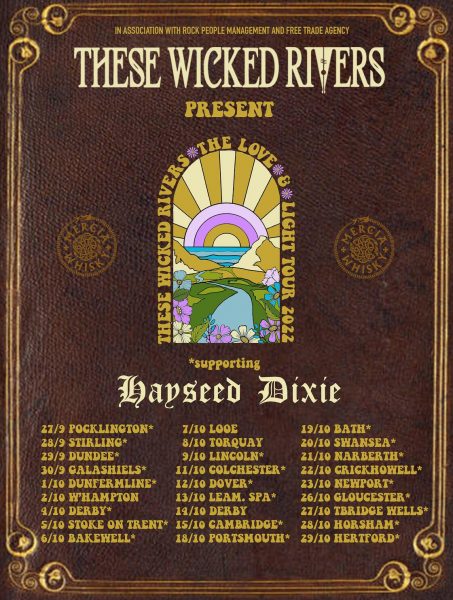 “We’re really excited to head out around the UK again particularly supporting the awesome Hayseed Dixie. It’s always good to go back to places you’ve been before but it’s also really exciting to go to loads of awesome new places and meet new people and make new fans. For anyone that’s not experienced a These Wicked Rivers show now is the time to join the family.“

The band are currently raising funds for the recording of their second album via a crowdfunder campaign, offering fans the chance to join them in the studio, an exclusive Mercia Whisky tasting experience, limited edition merch and much more.

Head to www.thesewickedrivers.com to support the crowdfunder or buy tickets for the upcoming tour.

**Hayseed Dixie not appearing at these dates