Having moved to Wales I thought I had hung up my Midlands Rocks accreditation, but I can’t have a Christmas month without a Wildhearts gig, that just wouldn’t be right!
I gather the Moodswingers were due to open/play tonight’s show, and I also gather they feature Ginger Wildheart on vocals, in fact while digging further while supping on my Guinness in the pub before hand, I gather they are in fact the Wildhearts, and not any other number of easy to find bands online of the same name.  I imagine it was their intention to do other album stuff that they couldn’t squeeze in and do a surprise set for those who don’t get the reference to a past secret show?  Anyways, Ginger had suffered a loss of voice in recent months with his well documented struggles with mental health, a new Wildhearts album, and of course his million and one other projects that make him one of the hardest working musicians ever, so he was advised to, ya know, only do the one vocal raping set this tour.
In their place is Nottingham’s Ferocious Dog who open due to the Amorettes suffering a family bereavement and pulling out late doors, and understandably so.  I was quite looking forward to catching the girls for a second time, but of course no one will mind under these circumstances.  Ferocious Dog step up and play an extended set and we are greeted with a lazy (on my part) and easy comparison of Dropkick Murphys Irish influenced stylised punk.  FD have more pop sensibilities and melody on the most part, and there’s also hints of sea shanty and circus vibes like say the Urban Voodoo Machine, as too there’s some ska beats and of course a massive slice of celtic violin driven folk punk.  They command the stage with both ease and confidence resulting in getting practically everyone on side, and by the end of the set have the majority of the crowd roaring and clapping along with their healthy addition of hardened fans who have showed up to jig, cheer and fist pump.  The danger with punk in general, and especially of that driven by celtic licks and melodies, is that it can get repetitive, but FD throw in plenty of nice moments dynamically where their use of instrumentation create atmospheric breakdowns and intros which help break free of the typical stomp along and driven vocals melodies of the genre.  While they have important things to say lyrically and nod towards politics, they certainly get the party started and are fun to witness.

The Wildhearts are, and seemingly will forever be, the bridesmaids of the industry despite being legends in their own right, and certainly in the minds of their fans.  8 photographers turn up tonight which suggests a good showing and that maybe the media are excited about the addition of a new album with Danny back on board, but it also could be down to the fact they’re playing a 25th anniversary show of “Earth vs..”, the album that is so often credited as being one of the finest debuts of said period and beyond.  Often the key to a good Wildies show (of which they often are), is a witty Ginger and his sarcastic and silly rapport with the audience, plus there’s no better sight than seeing him smile through a set as the crowd overpower the PA singing back at them. Tonight’s performance feels a little laboured, and I later learn he’s playing through the pain of a bad back that nearly derails the show, yet at no point does the music or show it’s self suffer, just maybe a few more grimaces than smiles and a more reserved serving of banter than usual.

Those here tonight familiar with “Earth vs..” (everybody) of course will not only know the track listing but will also be singing back every word from opener ‘Greetings from Shitsville’, ’til the rifftastic closer of “Love You til I Don’t”, and if they can’t remember the words or sing a different song as Ginger states tonight, they’re not bothered as long as they sing loud and proud.  As a Wildhearts fan it’s easy to say this, but there’s no audience like a Wildhearts audience.  I’ve seen many bands and I’ve seen the Wildhearts in several venues, and it’s always the same, it’s closer to a football stadium of chanting, admiration and support for their team than it is of hallow screams and few sung back choruses of the singles.  In fact it was a live gig that converted me way back when I was toying with a few of their popier tunes and got blown away by these dynamic changes and huge hooks being transposed live better than on a polished (in some cases) record.  But talking of huge sing-a-longs, the band don’t even need to be on stage!  Having left for the inevitable return and encore, “Don’t worry about meee, don’t worry about meee, i’ll be alright..” echoes around the room, from a not so hidden ‘track’ at the end of “P.H.U.Q”.  It will always be the siren call to beckon the band back to the stage which often results in a mini jam session that was initiated by the audience.  From here we get eight more tunes where the audience get to exercise their vocal muscles.  This starts with the woahs of “Sick of Drugs”, to a vocal rendition of the guitar leads in “Georgie in Wonderland”, and then via fan favourites of “Vanilla Radio”, “Nothing Ever Changes but the Shoes”, (the genius video which is mirrored by the stage lighting tonight of) “Red Light Green Light”, and then to the Danny McCormack fronted “Anthem” where Ginger relishes being able to step away from the mic and enjoy the show a little more.  And of course no show would be complete without “29 x The Pain” and the fan only version of “I Wanna Go Where The People Go” complete with the “Oi!”s… if you know, you know.  In short, you go to a Wildhearts gig to be a part of the show, not to merely watch it, and that’s why it’s always magic and they have so many dedicated fans, well aside from the big riffs, lyrics and insane history.. but I’ll let any noobies research that yourself.

Also huge props to the Mill whose staff were very friendly and upbeat.  The general vibe and the sound in the venue was equally fantastic and should cement it as one of the best mid sized venues in the Midlands. 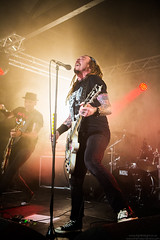 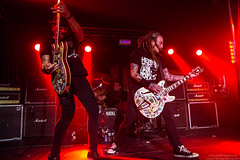 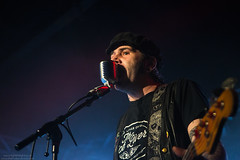 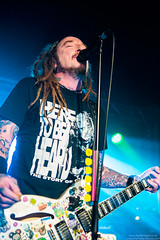 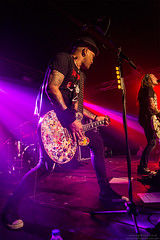 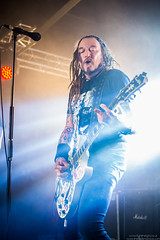 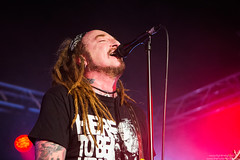 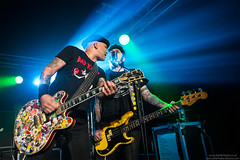 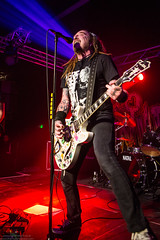 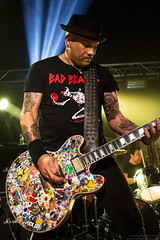 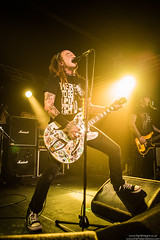 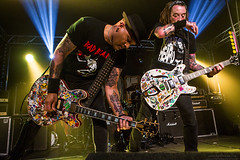 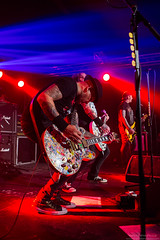 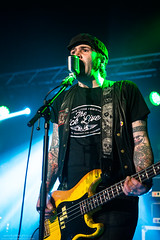 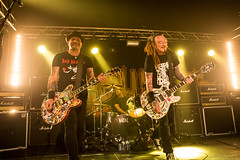 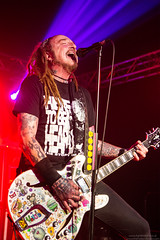 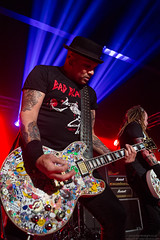 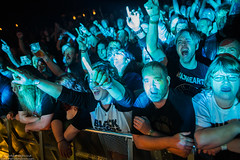 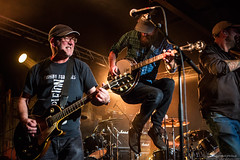 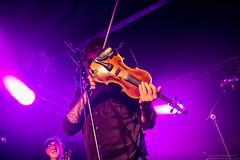 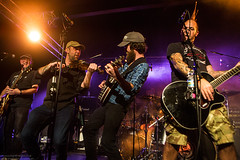 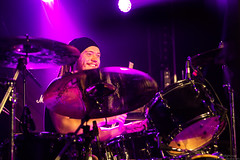 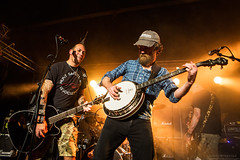 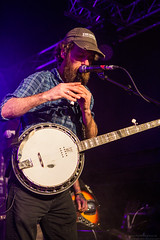 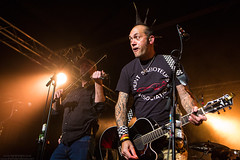 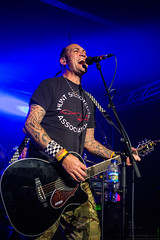 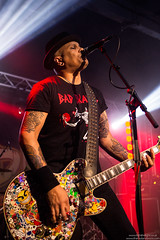 The Wildhearts
Check out all the upcoming shows at...
Our latest gig photos on Flickr