Strap yourselves in, kids, The Wildhearts are back. And back so soon, just months after the release of the universally acclaimed ‘Renaissance Men’, comes this brand spanking new mini-album – ‘Diagnosis’.

Yes, ‘Diagnosis’, one of the stand out tracks from ‘Renaissance Men’ is on here, leading the charge, but we also have 5 new tracks. And they’re brand new, not written or recorded at the same time as the album, although there is a definite continuity of sound. All of these tracks could have lived happily on ‘Renaissance Men’, the join is seamless.

They could, however, have sat comfortably on any Wildhearts album. There is not a single dud or filler on here – every track, every riff, every second of this is classic, prime time Wildhearts.

So, with the full-on, Sex Pistols referencing blast of empowering adrenaline that is ‘Diagnosis’ out of the way (but let’s not forget to mention the album artwork and design – from the prescription lyric sheet, to the comic strip inner sleeve art and the Samaritans contact card), let’s focus on the new stuff. ‘God Damn’ (written and sung by CJ) is classic Wildhearts – joyous, raw, loud and sounding like it’s been around since ‘Earth vs.’. Riffs abound, along with a double speed punk solo and some quite epic glam thuggery. Sheer class.

And from there on in there’s no let up. One great track follows another. From the breakneck punk-a-thon of ‘A Song About Drinking’ to the playful, melodic riffage of ‘The First Time’ (which, make no mistake, roars like Steve McQueen’s V8 Ford Mustang).

We finish with the Ginger penned ‘LOCAC’ – a raw, bleeding, distortion-soaked return to the polarising bludgeon of ‘Endless Nameless’- and there’s a killer song buried in there too! I’m not sure if it’s possible to improve upon ‘Renaissance Men’ but this comes pretty damn close. It’s the sound of a proper old-school band firing on all cylinders – glad to still be here, to still be feeling it, to still be fucking alive! Let’s hope this creative roll continues…we need The Wildhearts. 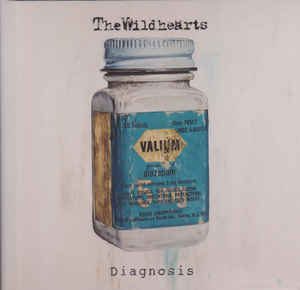