Released by Suite 28 Records on 28 November 2016, and reviewed by Brian McGowan

Age and the fear that time is running out often lead to spurts of creativity, and as we gain distance from the eighties, when Christian Rock was at his height, we gain perspective too. There were some marvellous rock albums – from bands like The Brave, Liaison, Idle Cure – big bold rock records, drilling down into the very seams being mined by Journey, Foreigner and other such genre luminaries. But was the world ready for rock songs that talked about faith, conflict and salvation?

The Union Of Sinners&Saints is primarily a union of seasoned Christian Rock musicians, Petra vocalist, John Schlitt, and Billy Smiley, Whiteheart guitarman and producer. And such is the quality of musicianship here, it’s no surprise to learn that the recording features a star-studded line-up of guest players – Dann (Whiteheart, Giant) Huff, Bob (Petra) Hartman, Phil Keaggy and Michael W Smith all play a part.

Today, only on the resurrection of Petra’s ‘Beyond Belief’ and Whiteheart’s ‘Independence Day’ do we get lyrics that burn with biblical authority. The new material is light on specifics, no more calls to arms, no more stand and deliver, no more glimpses of old testament imagery. It’s more expansive now. Listen to opening track, ‘Rise up’, it’s about hope, compassion and spiritual deliverance.

Smiley’s exquisitely tailored production, busy but uncluttered, displaying the obsessive’s ear for fine textural detail, works perfectly on most tracks. ‘Brother To Brother’ and ‘Now Not Never’, both densely packed, full of layered guitars, shifting harmonics and rising crescendos are powerful front end material. And just when we’re thinking – judging by ‘Lone Soldier’ and ‘Bittersweet’ – that Schlitt’s weathered vocals are doing all the heavy lifting… just when we’re itching for a gale-force rush of electric guitars, up pop ‘Things We Do’ and ‘Old Guys Rule’. Clanging, ragged edged guitars, brief bursts of feedback and “Mutt” Lange strength bgvs lift these tracks into the present day. No moulds are broken, no envelopes are pushed, but with these tracks – and others – what the album lacks in imagination, it makes up for in sheer craftmanship.

Elsewhere, ‘The Call’, a sweetly melodic excursion into soft rock balladry, reminds us that age brings wisdom, and if it doesn’t we haven’t been paying attention, and ‘My Offering’ perhaps typifies the album’s lyrical approach in its talk of sacrifice and surrender.

In the present day’s embattled moral climate, should we might have expected more? A polemic or two, perhaps? No, Schlitt and Smiley have been there, done that, got the scars. Fittingly then, the album closes with a fabulously uplifting and solidly contemporary version of Wesley’s famous 18th century hymn, ‘Christ The Lord Is Risen’.

Each to his own. 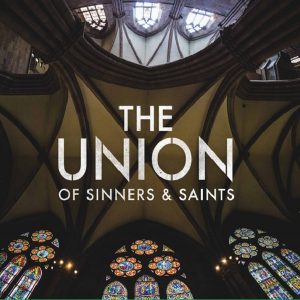