Allan embraced the flood on the 27 October 2017

There’s something going on in Wales at the moment. I reckon they’ve got some sort of training camp for rockers going on in the valleys because there’s a veritable wealth of talent coming out of there at the moment. And The Texas Flood are no exception.

The album kicks off with the very southern rock track ‘Roses’, and lays out the stall very quickly. It’s a light touch, lots of fun, and leads into ‘Treading Water’ – where you realise that actually there’s a lot more going on here. While Tom Sawyer’s guitar and vocal lines continue in a style somewhere between blues and country, bassist Ben Govier seems to explode into a heavy funk style that takes the music into an unexpected and fun direction. Tom Williams’ drums hammer out a rhythm that perfectly underpins what’s going on around him, too.

This is part of what makes this album so interesting to listen to – it’s like they’ve taken bits of Southern Americana, some elements of brit-rock, a dash of blues and country, more than a hint of funk, and managed to turn it into something that’s not only listenable and fun but actually happens to carve out something that’s just distinctive enough to stand out from the crowd. Even better, the production on this album is brilliant – the instruments and vocal perfectly complement one another, and nothing is at the expense of anything else. It completely makes a mockery of the whole ‘difficult second album’ thing – it feels effortless, vibrant, and incredibly natural. There’s a vein of humour running through the album, from the title itself to the tongue-in-cheek lyrics.

Favourite tracks include ‘Shoot Me Down’ for the outrageously cocky guitar solo, and ‘Hero’ where the band really show what they can do with gloriously bluesy lick and a teasing build-up that leads into a great solo and an outro that turns into a funky jam before wrapping things back up in blues. It’s got a cockiness and a sense of fun to it all, and really showcases the talent in the band.

If there’s any justice, The Texas Flood will get the air time they deserve. But if not? I get the feeling these guys will be playing for the sheer fun of it for a long while to come. 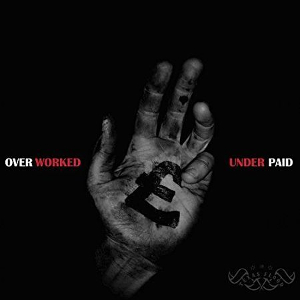