With three seminal studio albums in a four year purple patch, Let It Bleed (69), Sticky Fingers (71) and Exile On Main Street (72), The ‘Stones soared into the rock’n’roll stratosphere. After only 10 years in existence, they were being introduced on stage as “the world’s greatest rock band”, and on the evidence of Ladies & Gentlemen, it’s a declamation that’s impossible to argue with.

Understandably, the Stones’ pillage those 3 albums ruthlessly, creating an accumulation of timeless rock songs, a live litany of career best material. Short lived lead guitarist Mick Taylor and amazingly long lived guitarman Keith Richards are an awesome combination, with Taylor’s perfect grasp of the vocabulary of the blues on ‘Gimme Shelter’, ‘All Down The Line’ and ‘Midnight Rambler’ threading through Richards’ amped up chord work.

Arguably too, Mick Jagger is at his peak as a vocalist, displaying a dizzying array of emotions, anger and despair, sadness and hope, on a battery of songs of problematic maturity (Tumbling Dice, Bitch) and questionable decisions (Dead Flowers, Sweet Virginia).

Not every great gig translates well from video to audio, and the sound here isn’t pristine, but for anyone who’s got up close and personal with the roar of the greasepaint and the smell of the crowd at a Stones’ gig, this is probably as authentic as you can get. 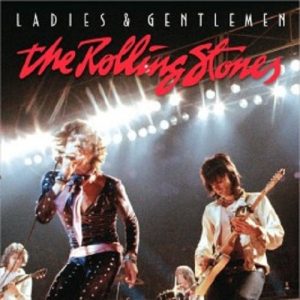