A train-wreck of an album…

If ever there were a bunch of stories that needed to be re-told, it’s those of a bunch of train wrecks that occurred during the late 19th and early 20th century. Why? Because of how these gloriously catastrophic incidents were reported. Here are a few examples that The Residents have chosen to summon to our attention:

‘Horrors of The Night’, July 2, 1883: “Amazingly, only six men died in the crash although many more were wounded, maimed and disfigured.” Fear not because Mrs McCurdy, one of the “lucky passengers”, was reunited with her 4-year-old son who, when asked how he got out, replied “God helped me.” One is inclined to wonder where God was when the train set out. Or what He was thinking when mother and son were so forcibly separated.

In a weird twist of fate, nominative determinism, ostentatious occupational incompetence and redemption are combined in ‘The Crash at Crush’ of September 15, 1896. George Crush – yes, you did read that right, “Crush” – “was immediately fired by the railroad, but when no negative publicity grew out of the event, Crush was rehired a week later. “The Crash at Crush” remained his one and only venture into the rarified air of garish ineptitude.” Yes, you read that correctly too: “garish ineptitude”. Never mind. All’s well that ends well, yes?

And if you thought it was only humans that were the problem, do take the time to consider our pachyderm partners in pain. ‘Train vs Elephant’ tells of an elephant on September 17, 1894, that was either “seeking revenge for the death of a calf recently killed by the same train” or involved in a “territorial dispute”. Anthropomorphization aside, “while the impact of the crash killed the elephant, the bull did successfully derail the engine and three coaches.” I’m not quite sure whether this was a victory or not. Or who for.

Yes, there are more. And the full stories are included in the CD package. Seven ridiculous and horrific events in total, all decorated with such luscious linguistic garnish that it makes one wonder whether the events actually happened. I mean, they could be the first incidents of fake news. And so who better than rock band / arts collective / spiritual entity / unsettled creatives The Residents to commit such beautifully rendered atrocities to music?

Now, I did say music but there’s much more to this album than that. There’s plenty of music – good music too – in here. Combined with sound effects and spoken word passages, each track is a weird sort of re-enactment of each incident that’s, frankly, very disturbing and very unnerving. Turn the lights off and put this album on and you are asking for trouble. And not just the kind of trouble that soon dissipates when the horror movie is over, no. I’m talking trauma. The kind of trauma that we can only laugh at it in an attempt to assuage the deep existential anguish that burns inside each and every one of us. Okay, so that was deep. And probably unnecessary. But if using trains as metaphors for existence is good enough for the band and stretching the truth is good enough for the reporters of these seven incidents, then superfluous philosophical speculation is good enough for me.

Anyway, here we are, a century later with technology charging ahead, miles in front of us and we’re still none the wiser. Maybe we’re losing wiseness (that is a word isn’t it?). Whatever’s happening, it might be God. Might be fate. Might be destiny. Might be nothing at all. Maybe it’s just the ghost of hope. Invisible. Incapable. Inexistent. “Life is a lonely train, wracked by God.” Indeed. 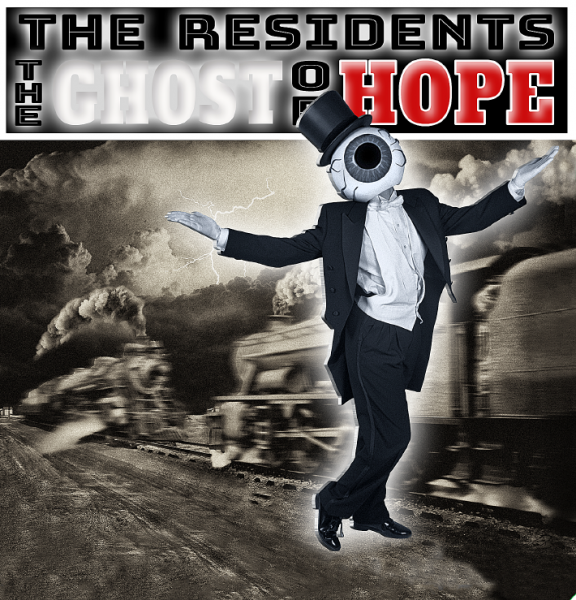