Reviewed by Brian McGowan and released by Playground Music 20 October 2017.

When Finnish band, The Rasmus hooked up with Swedish producers Hansen & Nord in 2000, looking for a more robust architecture to frame their often fragile songs, they junked the funk and wrapped themselves in alt.rock’n’roll finery. Five studio albums down the line they still skilfully straddle the blurry line between alt.pop and alt.rock. The alt. gives them the freedom to be a little more innovative and a shade edgier. Still, they know that a well crafted tune is always the key – the clanging, hooky openers ‘Paradise’ and ‘Something In The Dark’ tell you all you need to know – the right producers can thrust your music into the here and now, but a memorable melody is timeless.

That willingness to keep moving also gives them the right to stand still occasionally, and look around. They cram 3 separate melodies into ‘Wonderman’, starting off in the alternative pop universe they usually inhabit, then crossing over into the world of boy bands, where emotive key changes and crowd pleasing choruses hold sway, astutely avoiding the bombast that befalls many in their peer group.

That said, the album pivots on three central tracks, each examining every crevice, every fissure you might encounter at the rock face of alt rock. ‘Empire’ uncovers a slick mix of Europop, mixed in with the scratchy, stylised rhythms of hip hop, while ‘Crystalline’ goes deep, mining for nuggets of poprock synth riffery, to a soundtrack of thumping backbeats and shimmering backing vocals. The chart friendly balladry of third track in the trio, ‘Black Days’, briefly threatens to serve up your full European electronica, but holds it at arms length, letting it flutter on the fringes, dancing to a sound board of coruscating synths and booming beats.

Sometimes you might feel that it’s all just a bit too tailored, too honed, too carefully contoured, but more often it’s that very composure and confidence that makes Dark Matters so compelling. 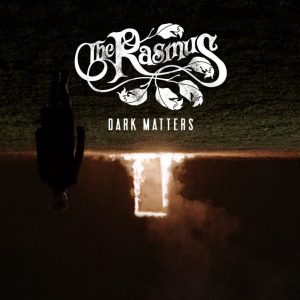