This, as they say, is a good thing. ‘Looking For Today’, the self-released 2016 debut album from Los Angeles stoner trio The Rare Breed is finally getting a worldwide release from those discerning folk at Ripple Music.

So, why the big release? What are we dealing with here? Well, to cut a, frankly, fairly short story even shorter, we have in our midst an album of mid-paced stoner jams that offer more (much more) than a nod in the direction of Messrs. Osbourne, Iommi, Butler and Ward – in particular to albums ‘Master Of Reality’ through to ‘Sabotage’. Oscar De la Torres vocals, especially, worship at the (in)holy altar of Ozzy.

Ok, so the Brummie elephant in the room has been spotted, pointed at, fed and evicted – let’s focus on this album. ‘The Stranger’ lays its sound on us, man. It’s fulsome, fuzzy, deep and chock full ‘o warm distortion. Greasy, groovy powerchords abound while De La Torres sings of “the setting sun” and things slowly build to a solo. It settles into a jamtastic deep pocket groove and shuffles onward. like much of the album it doesn’t really go anywhere but manages to look cool while it slouches against a wall and hangs out.

‘Diamond’ has shades of a stoner Pink Floyd. There’s a nice line in melody and construction underneath this loose behemoth. Overdriven chords and shamanic (or maybe just stoned) chanting fling us towards a groovy solo.

Before it fuzzes out completely, ‘Visions’ has a nice clean retro riff and a lazy garage rock feel. It’s psychedelic and a tad funky – very cool. Very LA. The solo is echoey and cosmic and there is a natural, unforced vibe to the jamming – these dudes have great chemistry…or should that be chemicals?

Proceedings are rounded off with more big old bass that Geezer would be proud of, riffs that, if left unchecked, could go on for months, a fabulous punky, doomy (can they co-exist?) riff that veers off into a bit of a scruffy noodle and a barely controlled barrage that spins off into a succession of wild solo detonations and from there to a final wig-out crescendo. Far out.

This is a worthy release. Surfer Sabbath (have I mentioned Sabbath?) – Ozzy and co. but with a laid back LA vibe, devoid of that underpinning of hob nail booted Brummie menace. But that’s no bad thing, it sets them apart from their heroes. The production and performances are uniformly great and songs are kept to a sensible length (although one suspects that won’t be the case live). Let’s hope we hear more of The Rare Breed. 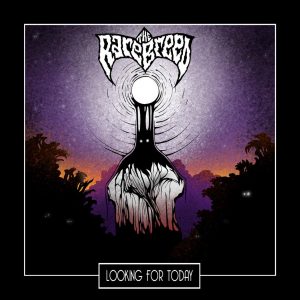