Exactly as good as it was 13 years ago

Releasing reissues in the midst of a present-day winning streak can be a risky business. The obvious intent is to bring older output to the attention of newer listeners and possibly entice long-standing fans to re-buy material with the enticement of remastering and reworkings of their favourite tunes; The Quireboys‘ re-release of 2001’s ‘This Is Rock ‘n’ Roll’ objectively ticks both boxes, offering a remastered rendering of the original LP and a few 2014 re-recordings of some cuts from their breakthrough A Bit Of What You Fancy album.

A potential downside is that rather than sit alongside the current output the reissue may serve more as a ‘making of’ documentary for the modern fully-formed current creative unit. Parts of TIRNR2 fall fully into this trap: the verse of the opening title track comes across like a prototype version of ‘Troublemaker’ from their latest release; ‘Searching’ displays a musical rough-cut of the ‘boys more finely-honed recent ballads; ‘C’mon’ hints at a direction they could have gone in had they not shaken the more blatant Slade influences from their collective writing.

This is in no way to say it’s a bad album; it’s exactly as good as it was 13 years ago (despite ‘Coldharbour Lane’s possibly ill-advised reggae dabblings), and if you don’t own it but have a taste for blues-edged dirty rock ‘n’ roll, you should. The re-workings of a handful of tracks from their debut are worthy additions, with added polish from modern production and the instrumental slinkiness that only playing a tune live for twenty-odd years can bring – if you do already own both LPs, think long and hard before parting with your cash, as it would almost certainly be better spent on a ticket to see them live next time around. 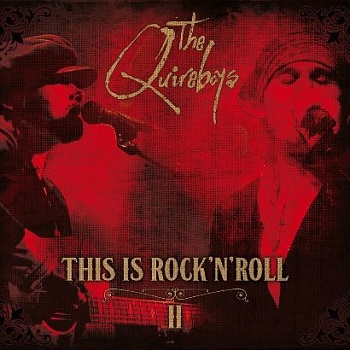