Formed in 1979 it seemed that The Professionals had the world at their feet. Having released four strong singles drummer Paul Cook and Steve Jones (guitar/vocals) looked certain to replicate the magic of their former outfit, the Sex Pistols. However, the cosmos conspired against them with court cases, car crashes, and a poorly produced debut album all hampering their progress. After a lengthy hiatus the band made a triumph return in 2015 and latest album SNAFU marks them very much a going concern.

The first thing to note is that The Professionals aren’t relying on past glories. SNAFU places the band in the here and now and opening shots don’t come much better than ‘Easily Lead’. Supplemented by a nice chugging riff ‘Easily Lead’ comes bursting out the speakers like a horny elephant and stomps all over the room. However, the band haven’t severed their roots and there’s a strong melody permeating ‘Easily Lead’ (and indeed the whole of SNAFU) that tethers the band to their punk rock roots. Continuing in a similar vein ‘Gold And Truthful’ arrives with all fists flying and it’s here that the twin guitar attack comes into its own. Soaring lines are anchored by a portly riff and the two combine to create a hard-hitting sound which is supplemented by the pounding rhythm section.

After the departure of Ray McVeigh in 2016 and Paul Mayers in 2018 Paul Cook is the only original band member from their glory days, but the injection of fresh blood has galvanised The Professionals and vocalist Tom Spencer (formerly of The Lurkers) has certainly made the mic his own. Tumbling like a drunkard down a flight of stairs ‘Spike Me Baby’ is an earworm of the highest order and, pulled from the album as a single, it should have gate-crashed the Top 40 (if only the masses had a modicum of good taste). ‘Heartburn’ finds the band cooking on gas and it’s a catchy little number that smoulders with bad attitude and threatens to burn if you get too close.

Like an allegro (not the car!) SNAFU is an album that flows rapidly, seamlessly, and as a unified whole but there’s plenty of variety on offer to ensure things don’t become staid. Case in point being ‘Never Say Never’ which contains lots of light and shade meaning that when Cook’s drums hit, they hit exceptionally hard. But masculine, muscular rock is what The Professionals do best, and they deliver in spades with both ‘So No Go’ and ‘The Elegant Art Of Falling Apart’ being particularly punchy. ‘Consuminator’ is a mean and moody closer that swaggers from speaker to speaker and creates a rather eerie, discombobulated feel that seems to suggest there’s much more to come from this quartet. 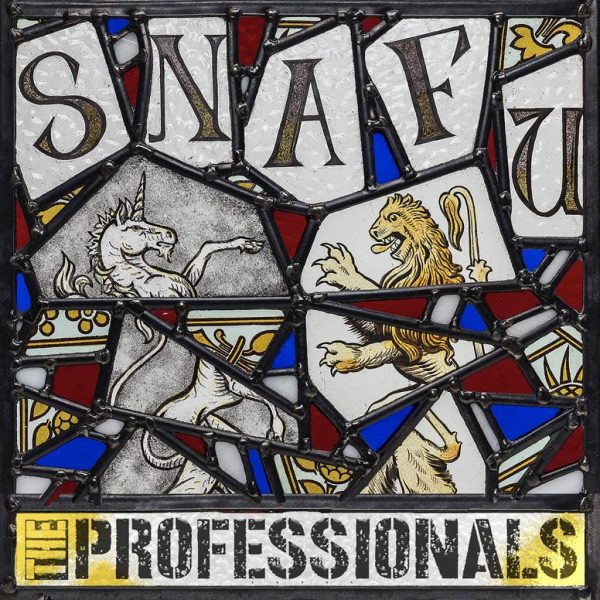