Reviewed by Brian McGowan and released by Gain Music/Sony 26 January 2018.

As the pluralism of rock’n’roll seeps further into popular culture, a covers album is no longer written off disdainfully by critics, as a way out for bands with no new material. Instead – especially for multi album bands like The Poodles, with an exciting…er, pedigree – it entertainingly reveals the influences that inform the music they’ve been producing these last 7 albums and 12 years.

The band’s choices will raise a few eyebrows, with the better known songs creating the most surprise. Elton John’s ‘Yellow Brick Road’ and Adele’s ‘Set Fire To The Rain’ are surely printed indelibly in music’s hall of fame as one owner vehicles, always and forever. Arguably, The Osmonds’ ‘Crazy Horses’ (yes, honestly) and Blondie’s ‘Call Me’ could be similarly categorised. And yet, although Michael Sembello’s ‘Maniac’ and David Guetta’s ‘Love Is Gone’ could hardly be described as arcana, their relative obscurity leaves room for new interpretation.

This pair turn out to be the album’s most immediate covers, and certainly the most imaginative, with a taut, tense, high pressure production treatment squeezing out every ounce of drama from each song. The first’s abrupt transformation from a Divine Comedy like pastiche into a dance floor demon, aggressively bumping white hot harmonies up against a ferocious rhythm track, and the second’s cranked up guitars and pounding percussive thump are so much in your face, that it’s easy to miss the production’s enthusiastic embrace of fine textural detail.

The album stumbles and stalls for a moment as it wades through the murky waters of obsessional love on the cover of Depeche Mode’s ‘It’s No Good’, then regains its purposeful stride on the outrageously upbeat Europop of ‘Don’t You Worry Child’ (Swedish House Mafia), again encouraging the band’s love of Electronic Dance Music to sneak out of the closet.

That said, we shouldn’t expect any shedding of skin soon, as the impressive last track cover of Deep Purple’s ‘Soldier Of Fortune’ indicates. The band’s guilty pleasures have been exposed. Enjoy the moment. 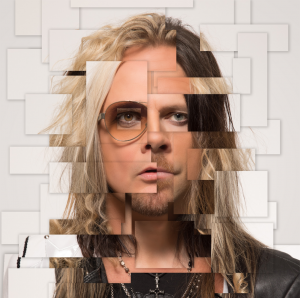