The return of The Pixies has been a wobbly one. Considering the fact that they churned out four genre-fucking albums before splitting in the mid-1990s, and have been given explicit praise from everyone from David Bowie and Nirvana to Radiohead and PJ Harvey, you’d expect something incredibly special to emerge upon their return in 2014. Indie Cindy divided opinion. Originally released as a series of EPs, the album bunged the songs together in such a way that the first LP (if you got the vinyl) was pure Pixie magic at its best, and the second was the leftover stuff you’d say “well, that track wasn’t so good- but it’s a B-side and the rest is amazing!”. Head Carrier took several listens to get into, and certainly made more sense in a live setting. Perhaps Beneath the Eyrie is the same, but at this point, and after several listens, I’m still waiting for it to burst. It’s a strange feeling to realise you’re willing an album to be good with more effort than you think went into making it.

This isn’t to say that the album is entirely bad, but it’s a Pixies album. These guys made Doolittle. The production is slicker than usual, to the point of sounding a bit flat. I’m sorry to say it, but some of it sounds like Weezer but without the budget. I know, I’m sorry. I can’t take that back, but it does. Listen to the singles. They sound clean, without grit or grime. Even the songs sound a bit throwaway and not-very-Pixies (although the chorus to “Catfish Kate” rises from the blandness with promise of being soaring and anthemic, even if it doesn’t quite scrape the sky). Nothing quite punches through the production, which acts as a filter set to “radio friendly”. Joey Santiago’s guitars sort of rest in the mix without slicing through with that jarring awkwardness whenever things got too safe, and Dave Lovering’s drums lack that snap that you wait for in so many of their songs. Listen to the opening moments of “Bone Machine” on Surfer Rosaand then listen to the drums on opener “In The Arms of Mrs. Mark of Cain” and you’ll hear what I mean.

There are standout moments. “Daniel Boone” is swoonsome, even if it doesn’t sound much like The Pixies. “Los Surfers Muertos”, led by bassist Paz Lenchantin, is like taking heroin and listening to The Mamas and the Papas (so I’m told), but those who know Pixies history will feel pangs of irritation that Frank Black spent so long holding Kim Deal back from submitting songs that letting Paz have one seems like a slap in the face (see the awesome biography Facing the Other Way: The Story of 4AD by Mark Aston). And while we’re on the subject of Deal, Lenchantin’s vocals are some of the best moments on the album, filling that Kim shaped void beautifully yet again. “Silver Bullet” harks to moments from Indie Cindy like “Silver Snail” and thus gets a thumbs-up, but the big dividing moments are whether “Birds of Prey” and “This is My Fate” are brilliant nods to Tom Waits, or just not-as-good versions of him. More listens are required, and listen I shall.

In the hands of someone else, this album could have had production that gave it some dirt and perhaps (ironically) made the songs shine. We don’t have to expect every album to be a Surfer Rosa, but when The Breeders are still churning out fresh sounding albums, and even Frank Black and Kim Deal solo projects can inspire excitement, this album will find it hard to stand out. Let’s face it, we’re all going to buy it anyway – it’s Frank and the gang! And yes, I’m still listening to it. Hoping. Willing. Waiting for that pop. 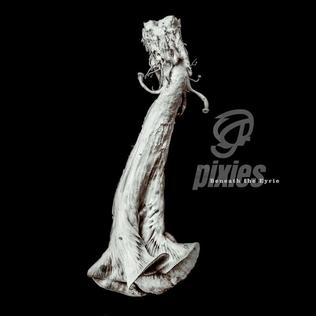