Originally coming to prominence as one third of County Fermanagh’s finest rock export, Mama’s Boys, “The Professor” now takes centre stage with The Pat McManus Band. Putting an original slant on blues rock they’ve released a slew of fine albums the seventh of which, Full Service Resumed stands as a career best.

Ticking with a real urgency ‘Doomsday Clock’ is the high octane opener and it finds Pat McManus dazzling the listener with an intricate maze of chords. It’s a clamorous number that positions the band in a race against time and with drummer Paul Faloon leading the charge there’s only going to be one winner. As introductions go ‘Doomsday Clock’ is damn near perfect and succinctly sets out their stall; it’s the perfect concoction of rock and blues that’s fashioned into something wholly original by three master craftsmen. The very epitome of a power trio Pat, Paul and bassist Marty McDermott run a tight ship and sound far bigger that their constituent parts. Prime example is ‘Long Haul Trucker’, the perfect vehicle for Pat’s oak-aged, grizzled vocals, and it’s a song that conveys the feeling of being dwarfed by some huge monolithic structure.

Full Service Resumed is an album that contains plenty of variety and ‘Waiting For A Friend’ features guitars that shine as if stars in a crystalline night sky. It’s a slow blues tune that burns and smoulders and sets things up nicely for the aptly titled ‘Rock You’. A riff heavy beast ‘Rock You’ is a musical steamroller which has an angular feel and brings something new to the genre. It’s this constant pull and push of riotous rockers and evocative blues numbers that make Full Service Resumed such an enjoyable listen; they each act as a foil to enhance and magnify the other.

Wheeling out the big guns ‘Bang Bang’ is an explosive number and the production, bold as brass, ensures it rings out like canon fire. Throughout Full Service Resumed Pat makes his guitar cry and sing and he pulls some impossible notes from his guitar and no more so than on album closer, the instrumental, ‘His Soul Remains With Me’. However, there’s more to come and four bonus tracks are added which find Paul revisiting and reworking tracks from his illustrious past. ‘Belfast Boy’ was one of his earliest compositions and here he brings its military muster to the fore. Likewise, ‘Hard Headed Ways’ pushes all the needles firmly into the red and features a scorching solo that threatens to go off the Richter Scale. ‘Belfast City Blues’ makes for a fitting closer and it’s a bluesy number that wraps its tendrils around the listener and will haunt you long after the disc’s stopped spinning.

After 40 years Pat McManus still finds new ways to keep his fans entertained and, like much of his work, Full Service Resumed is sure to stand the test of time. 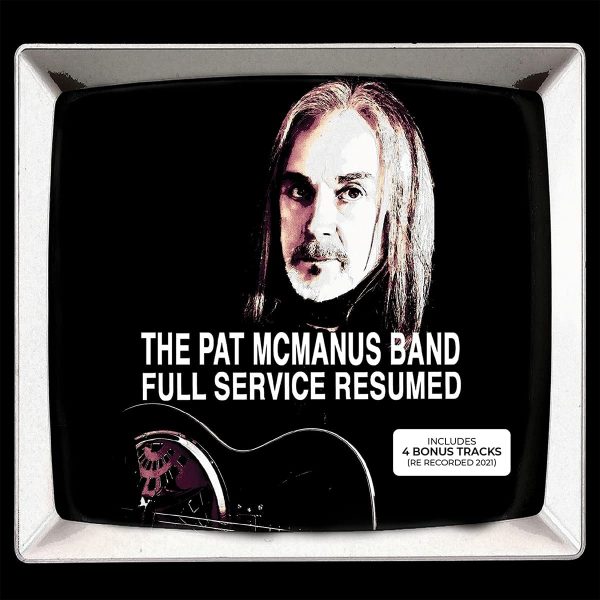