When The Moth took to the Oobleck stage in June I was otherwise engaged on the tour bus interviewing headline act Conan. By the time I got back into the room The Moth only had a couple of songs left. Sometimes when you only catch a glimpse of a support act you can give a shrug as if to say ‘well I’ve not missed much there’. Equally, on other occasions you’re left kicking your heels in frustration that you missed something special. This Hamburg trio most definitely fell into the latter camp.

With a powerful sludge sound and an engaging frontwoman in Cècile, The Moth performed like a band keen to make a favourable impression on their first visit to the UK. This they most emphatically did. Much of their set, I later discovered, was made up of material from their second album And Then Rise. So while it’s been out a few months, you will appreciate why I was keen to give this release a listen when the chance to do so arrived.

It kicks off with the storming, thumping rhythms of ‘Awaiting’ a cavernously deep bass line setting the mood supported by Tiffy’s pounding beats, Freden’s sharp riffs and Cècile’s harmonies and menacingly delicious delivery. There’s a real freshness about The Moth. There’s heaviness and a layer of sludge that you’d be up all night trying to remove but there’s also an almost punk-like energy and spark to their sound.

On ‘Travel Light’ a rumble strip opening breaks out into a rampant riff that spirals away in different directions, Tiffy thumping away with a healthy disregard, Cècile pounding her three-string bass before bringing her distinctive vocal touch to the fray. A much doomier mood envelopes ‘Fade Away’ as The Moth slow things down considerably allowing this track to gently release its black magic against a haunting riff over which hovers a dark menacing cloud.

The tempo is twisted back up on ‘Battle Over’ with Freden carving out a fiery riff, with the chorus line of ‘don’t try to hide’ kicking in as the sludge tones get ever thicker. Freden takes a more central role with the vocals on ‘To Rise (In Wino Veritas)’ and does it very well, Cècile taking a slight back seat before the pair neatly interchange lines as the song tempo rises into a dynamic and satisfying conclusion.

Towards the end of the album there’s a definite shifty towards gloomier and more sedate material. Songs like ‘Last Times,’ a slow-moving menacing beast of a track, and the morose ‘Slowly to Die’ scarcely let in any shards of light at all, the darkness weighing heavy like a shroud across both songs. ‘Slowly to Die’ in particular is full of decaying gothic grandeur matching the finality of its title. It meanders along, almost crushed to death by its own weight.

The fiery ‘Seek and Burn’ sees the trio return to a more pulse quickening tempo with Freden breaking loose at one point to go into overdrive with a lightning sharp solo. The Moth bow out once more blinking through the darkness with ‘Fire’, Tiffy merely having to tease the drums along rather than raise a stick in anger. The next time The Moth visit the UK I’ll be more careful and avoid any double bookings. They’re simply too good to miss. 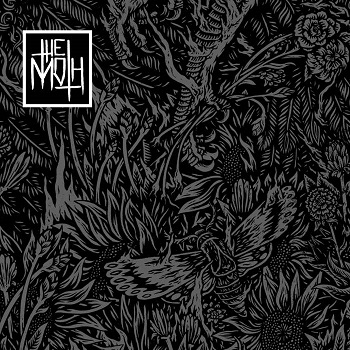