Taking a love of ‘60s British Beat and giving it a contemporary, decidedly American, twist The Malibooz are about to set sail with their latest album QE 2. Founding members John Zambett and Walter Egan have been performing together for decades and that wealth of experience shines through on each of QE 2’s 15 tracks.

‘Resist’ was the albums lead single and it also makes the perfect album opener. In the midst of swirling guitars there exists a sublime song and with triple vocal harmonies proceedings are given warm, rich hues. Six stringers John and Walter fire off each other and the guitar tone, with just the right amount of echo, suggests the merest hint of psychedelia. With a touch of The Rembrandts, ‘Heaven’ is a delicious slice of AOR that’s liberally garnered with cascading guitars and tinkling keys. ‘Ordinary Smile’ is given extra depth by cello and viola as the guitars lap gently as if the sea on the shore.

With a hook that’s so arresting it should be illegal ‘New Morning (Here I Go)’ is a truly haunting song that’ll start burying into your cranium from the first spin and the beautiful guitar motif will entwine you like ivy. ‘Familiar Eyes’ follows and ticks with metronomic precision before ‘I’m With The Girl’ is dressed up with country flavourings. QE 2 is cruising just fine but I feel the band could have inserted an all out rocker at this point  to add a touch of variety. Keyboardist Scott Monahan penned ‘So Amazing’ and it arrives with a huge sound that appears like the Titanic’s hull while ‘Drift Off’ gently sails off into the horizon.

‘She’ finally throws off the shackles for the type of upbeat number The Malibooz do so well. Replete with handclaps there’s a definite Beach Boys Light Album feel going on as drummer John Daren Thomas and bassist Dave Chamberlain power the track forward. Likewise the ‘Tom Petty on amphetamine’ life affirming vibe on ‘I Will’ simply radiates golden shards of effervescence. ‘My Life’s For Loving You’ is the obligatory power ballad and segues effortlessly into the Toto-meets-Journey ‘Slow Dance’. ‘Better Days’ closes the album proper but hang on…a cover of ‘We Can Work It Out’ is a bonus cut on which The Malibooz put their unique stamp and reflect the British Invasion back across the Atlantic.

QE 2 is an enjoyable voyage but a few more uptempo tracks would have made a more even album. But if you’re an old school Malibooz or if you are just discovering the band I suggest you jump aboard the QE 2. 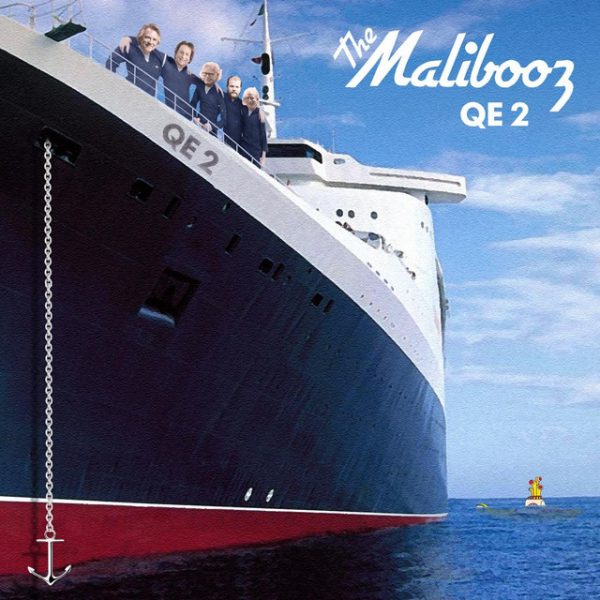