While the past couple of years have been tough for everyone, they have certainly given musicians the chance to catch their breath, so they can concentrate on creating and recording new masterpieces. It is fascinating to follow their journeys and enjoy the results of their hard work.

This time, the journey to be scrutinised is the one of Swedish song writer and guitarist Magnus Karlsson and Chilean (currently based in Romania) vocalist Ronnie Romero.

It has been a fantastic year for both of them. Apart from planning the next installment of Free Fall, Magnus has been keeping busy with the epic metal opera The Heart Healer and his collaboration with Anette Olzon on her solo album Strong. She recently announced working on her second project with Russell Allen, which again involves Magnus as a songwriter and producer. He confirmed for me that Russell and Anette’s second joint project is being mixed as we speak. Exciting days!

Ronnie, on the other hand, got his teeth into so many projects last year that it is impossible to keep up with them all, but to name a few, he worked with Michael Schenker Group, Vandenberg, his original band Lords Of Black, Sunstorm and Intelligent Music Project. Ronnie doesn’t stop amazing us by demonstrating over and over again just how versatile his voice is, how he can nail pretty much anything not just on record but also, confidently and charismatically, on stage.

Together they make a mighty team and adding the monstrous drums of Mike Terrana is just the cherry on top.

It was less than a year ago that both Maestro Karlsson and Mr Romero were kind enough to talk to me, and it was during my interview with Magnus when he received from Ronnie the voice recordings for the third album of their joint venture, The Ferrymen.

Now the product of their collaboration is ready to amaze fans, and what a delight to listen to it is!

While the Ferrymen have always been on the melodic spectrum of metal, their previous two albums were generally heavier, with not many orchestrations and leaning towards Magnus’ work with Primal Fear, although, evidently, not as fierce as that.

This time around, in the Ferrymen’s third album, there seems to be a noticeable shift towards symphonic metal and the kind of music that Magnus has been creating in the past couple of years. As he told me in his interview last year, he likes regularly listening to classical music, so it is not surprising that his own work blends it in more prominently than ever.

Those who remember Magnus’ work with Russell Allen and Jorn Lande will have noticed just how far he has come, departing from the simpler, still amazingly melodic and captivating, tracks from that era, to mastering compositions into a lot more complex, multi-layered, and elaborate pieces of art. The culmination of this so far had been his work with female singers, which has given ‘One More River To Cross’ a slightly new edge, with most of the songs using female chorus – either in intros, or at the background throughout the tracks. This wasn’t typical of the Ferrymen’s first two albums, but the classical and church choruses are now organically ingrained into the canvas of the new release.

There is no single track here that you will want to fast forward. They are all equally contagiously melodic, perfectly composed and orchestrated with catchy tunes, multi-layered harmonies, and ample guitar solos. You wouldn’t know it is just three men behind this hurricane of music, deploying all sorts of instruments and sounding like an orchestra, but definitely not as a trio.

It is difficult to single out any particular songs, as the whole album is consistently strong throughout, however the gems particularly standing out are The Last Wave (one of the songs chosen by Frontier Records for promoting the album on social media prior to release date, which is not surprising given its catchy tune) and Morning Star (amazing tune which, paired up with Ronnie singing his heart out, makes it top hit material). Most of the intros are delicious and totally in the style we love Magnus for. You may hear hints of his previous work here, taken on a new level of course and not being a repetition of what he has done already. In Bringers Of The Dark, for instance, you may remember Allen/Lande, with background classic vocals being the canvas of the song.

The album starts epically, much like the metal opera. You will hear piano, female vocals and symphonic orchestration from the first notes, but, as Magnus loves to do, he won’t overdo it to death and will quickly move on straight to the point, usually ending his intros with clever drums to build up a storm.

Magnus is also a brilliant guitar player, injecting life into his compositions with curvy and emotional riffs. His soaring solos are particularly good in City Of Hate and The Last Ship (guitar work being the backbone of these tracks) and Bringers Of The Dark. In ‘One More River To Cross’, the symphonic refrain is as epic as the metal opera, which you may be reminded of also in On The Other Side with the intro and, generally, the whole track in the spirit of ‘The Heart Healer’.

Dissecting the songs can go on and on, but Karlsson’s and Romero’s work is not necessarily about pedantic perfectionism (which they have no trouble demonstrating anyway), but mostly about emotion and passion. It is more than clear that they love what they do, and that they work brilliantly together. Ronnie makes it sound as easy as a breeze the way he climbs through octaves, leaving any efforts to try and sing along halt at times (duh). Which won’t stop you trying (especially if your voice is more skilled than mine, anyway), as trying not to sing along would be futile. Because passion and excellence are contagious when music is at such a level of brilliance! 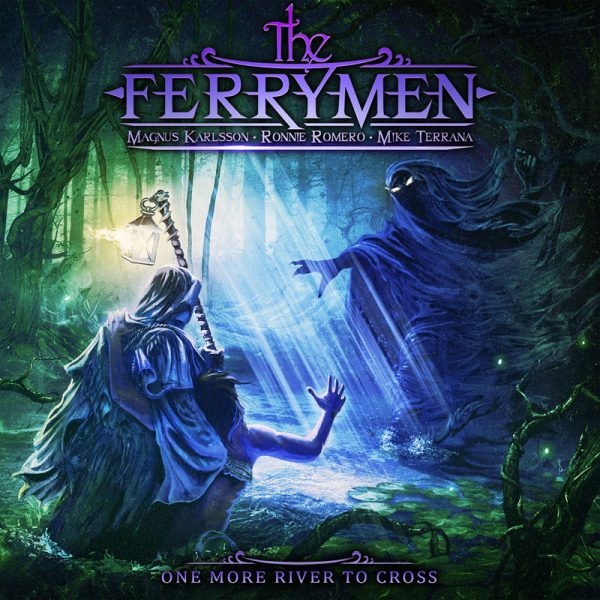