Full album from new Australian rock band formed by ex-Noiseworks, ex-INXS front man Jon Stevens and Dave (Angels) Lowy. The early impact of the band’s music led to a support slot on Aerosmith’s recent Oz tour, and guest spots with Jane’s Addiction and Alice In Chains on their US tours. What we see alongside Stevens and Lowy is a shifting lineup of respected session musicians and little known road warriors. The songs were written by Stevens and Lowy and their experience, musically and lyrically informs a major refit, with past glories updated without recourse to fad or fashion. Producer John Fields, who’s worked with Daryll Hall, The GooGoo Dolls and Jimmy Eats World among others is well chosen. He’s a producer who believes in working fast, capturing the moment, the vibe, the groove etc etc, cooking up these songs with a warm valve driven ambience, create a rich rock sound, tough as teak, with lots of heart and soul.

‘Washington’ is deceptively simple and sparing, passionate and articulate, laid back yet totally engaging, while the eclectic ’Man Overboard’ shifts gears gracefully, suggesting myriad musical directions and a penchant for old Beatles’ albums. Either way, Stevens’ voice, deeply ingrained with the experience of a million road miles, anchors each song to solid ground. Stevens and Lowy clearly have the songs and in the studio, Field has given them the confidence to stake out the territory occupied long ago by the original blues’ practitioners, wringing out every drop of heartache from songs like the sprightly blues rock of ‘Writing On The Wall’ and ‘Yesterday’ (not that one), a haunting lament that glides on a gorgeously elliptical melody, with piano, guitar and a restrained gospel choir bubbling up through the mix.

A hard edged commercial chorus emerges from time to time. First single, ‘Lock’n’Load‘, written and recorded with Saul (Slash) Hudson moves away from previously prevalent gospel-blues textures toward white boy rock’n’soul and is a real grower, while ‘Miles In Front Of Me’ is reminiscent of the sturdy, clanging, guitar driven memorability of the Kings Of Leon. All in all it’s a pretty auspicious first outing. Few artists can rework their past with such success, or maybe it’s just that heartfelt vocals, emotive axework and great songwriting have no sell-by date. 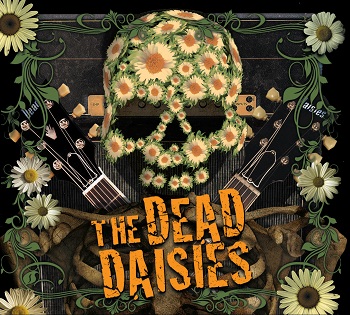