“This whole record was about the band returning to its roots, not necessarily sonically, but in terms of value and driving force behind what we want to achieve,” ran the PR spin. We’ve heard similar tales before, and will obviously again, from most bands currently operating on this wayward planet.

What is more significant to listeners of this latest full-length player from The Dan Reed Network is that sonically it does work, it’s an aural kaleidoscope at times, and while they keep the template for their particular brand of funk rock it also sounds contemporary, and were you to spin some of these tunes at a mainstream nightclub, few would bat an eye.

The music’s generally upbeat vibe is what’ll bring listeners in, and there’s many a lyrical hook to be held, taking the things they say into consideration might take a while longer. We’re talking about being socially aware about the fate of the planet, the endangered species roaming it (including us, in terms of personal mental well being and there just being some truly bad eggs out there, and too often holding seats of power in the boardroom, the bedroom, and political office).

That the music comes first is important. The bulk of the writing’s down to Dan Reed himself, but guitarist Brion James and keyboard player Rob Daiker contribute significantly, bass player Melvin Brannon II co-writes one of the best of the bunch, and Dan Pred takes no written credit but it’s his drumming throughout that keep this band deep in the pocket.

Stirring into life with ’Pretty Karma’, it purrs like a caged tiger, stirred-up, pounding, then letting out brief roars of power, but it’s generally played out in an upbeat manner as are the abounding vocals until you start fixating on them a little more. The key lines being in the chorus: “All that pretty karma’s comin’ back around,” in that we’re looking at short-term measures to give us instant gratification, while we’re kicking Mother Earth where it hurts worst. That there’s a brief rap-like section that reminds us of Megadeth’s ‘Countdown To Extinction’ ain’t no bad thing as comparisons go.

A predatory guitar riff gives way to a funkier but varied rock beat on ‘The Ghost Inside’, contemplating itself with the darker thoughts we hold within us, and that maybe sometimes they need to be expressed more openly. Then we go straight into fist-pumping, festival party bopping, infectious vocal and keyboard hooks even as a raw guitar refuses to play ball on ‘Starlight’, well, right until the point James lets loose on a solo. It’s apparently about “the social media generation’s addiction” but since that’s several generations in real time we face something of a conundrum.

‘Supernova’ is the number co-written with Brannon, as Reed sings about the desire to be a rock star over a synth-heavy basslines, that squiggles, funks and rocks as the rest of the band come down hard on the rhythm. There are more rap-come-TV newscaster lines wherein James also finds time to inflict torture his guitar, and in the process further entertain the listener.

“Some days I wanna be a bohemian terrorist, locked up in my room practicing making a fist,” is but one thought for the day espoused on title track ‘Let’s Hear It For The King’. It’s slow, colliding and collapsing collages of heavy blues, poppy electronic dance music moments, jungle rhythms, treated vocals or various sorts and a few seconds near the end what I presume to be keyboards mimic the sounds of a brass band.

James takes solo writing credits on the meditative calming balm and sun-kissed beach sounds of ‘I See Angels’, then I swear I hear more brass on ‘Homegrown’ in what appears to a wailing saxophone wailing away near the end, on a song about the positive power of friendship over chilled keyboards, heavy guitars over a modern R ‘n B slow ride, some more rap, and I said, what sounds incredibly like a sax.

‘Stumble’ is a funky hard rocking strut save where there’s an almost nursery rhyme lyrical melody come the chorus, and Reed opting for a couple of very brief Glenn Hughes styled high screams in the middle. It’s partners well beside ‘Just Might Get It’ with its ice funky bass undertows, sharp peeling guitars, over a sensual groove and big shouty chorus hooks. ‘Where’s The Revolution’ tips its chapeau to Prince but more so offers a large bow towards Sly & The Family Stone with its Larry Graham-styled bottom end. At the other end of the spectrum, ‘Last Day On Saturn’ veers between heavy-booted scouring and lighter-melodied ballad form, cherry picking Bowie’s career by way his early JG Ballard sci-fi rock, some plastic soul and post-Tin Machine rock but blended into its own spacy thang.

The sounds of the far east trip back in time then head west to medieval Europe by way of a compelling AOR Zeppelin beat on ‘Unfuck My World’ – All that, plus what’s possibly somebody whistling away alongside screaming guitars in the fadeout. ‘Are You Ready?’ ask the nig question, or indeed several of them as it rocks on a steady drive into the unknown. There are more first-pumping chorus hooks and proud guitars slashing away, with Pred’s keen drumming keeping the whole thing moving and swinging through the changes.

Dan Reed Network fans should not be disappointed. Alas, as with many acts, bands become ghettoised by us labelling them within musical genres and there’s potentially a wider audience out there who would no doubt thoroughly enjoy a number of these tracks, were they but had the opportunity to hear them on more diverse radio stations and music clubs. 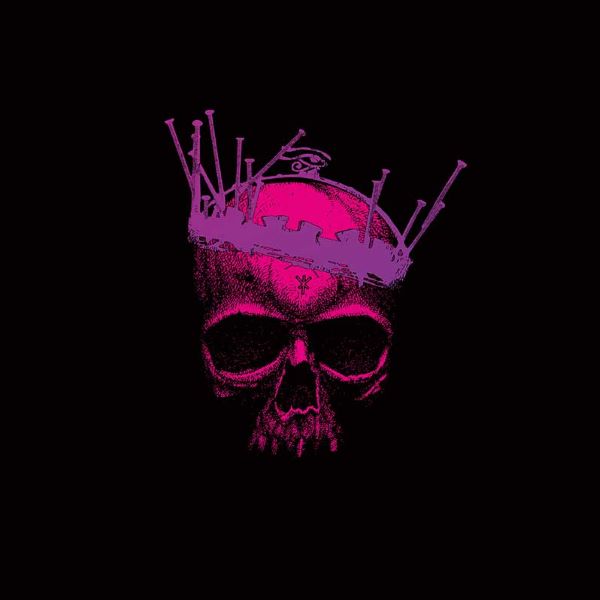