A decade on, after the inevitable line-up amendments, changing life priorities, and the throw of the dice running in tandem alongside their combined skills as musicians, hailing from Toronto, Canada, The Commoners know the road to success may be paved with good intentions, and not to falter you have to Find A Better Way, the title of this here album under review.

That their influences are classic rock, with blues rock with some old-fashioned soul held in reserve are evident, their influences are worn proud, with Blackberry Smoke and The Black Crowes high on a list of several acts found deep south of the Canadian border. They also share a few similarities with contemporary US act Dirty Honey, I’d say, but my comparing lead singer and rhythm guitarist Chris Medhurst to original Lone Star vocalist Kenny Driscoll will undoubtedly confuse many, not least because I’m referring to the Welsh rockers, not the similarly named Texas country band who scored a hit single over here.

‘Find A Better Way’ makes a convincing start, and there’s quite a virtuous performance from The Trews’ Jeff Heisholt guesting on organ. It’s a fulsome classic rocker, a little Southern not least in the chorus, and concerns itself with the woes of the world as we’ve come to know them the last few years, but is likely to be viewed from the more personal approach of the singer having experienced bad times and looking to improve them; you can intellectualise it how you like at your pace, it’s the hooks that will register first, as they ought.

The self-help schedule continues with a positive frame of mind in ‘Fill My Cup’ that shifts between heavy rock and rock gospel moments, while owing a debt to rare Led Zeppelin single B-side ‘Hey, Hey, What Can I Do’. Ramming the theme home, ‘More Than Mistakes’ jives to a Motown beat where Booker T and Steve Cropper are on-loan from Stax, while the slow solo guitar rearrangement of Hendrix’s ‘Third Stone From The Sun’ (Itself apparently a take on the Coronation Street theme) proves something old, new, borrowed and sourced from the blues can be a success story in classic rock.

Coming in hard with a blast of slide is ‘Too Much’ that’s got the feel of Free and Reef having a good night out until someone spikes your drink, but you ride it out seated firmly on a pleasantly nagging riff.

Acoustics and organ are to the fore for the ballad ‘Naturally’ with an impassioned vocal delivery from Medhurst, with subtle backing vocals working their way in. Michael Eckert guests on pedal steel for ‘I Won’t’ pushing us deeper into the country territory begun on the previous number. Crashing and cruise grooving in equal measure is ‘Deadlines’ with another guest featured in Ben Healey on lead guitar that also steps outside for a brief 60’s psychedelic musical trip.

When you read ‘Hangin’ On Again’ is over seven minutes long you expect to be these Canadians’ take on a Southern rock open like ‘Freebird’ or ‘Grass & High Tides’, only while its starts mellow it doesn’t turn into a blaze of six-string guitar-fury boogie. It’s another slow one, Medhurst gently reminiscing of love past and lost but not forgotten, crying out high and intoning long and strong, while support vocals once more add that country feel, Hayes Citrullo subtly moving in an out of the song on guitar, helping reinforce words sung when appropriate and gliding out in siren song near the end.

Unafraid to play it slow, ‘Alive’ sees the band out, bass player Spiller on piano here over a blues number, and Eckert returning to guest on pedal steel. While the band line-up adds personnel as a song requires, that the songs are credited the four members collectively shows a common thought underlying their intention, and as I write possibly the reasons for their group name. Many of the songs held together by similar themes, this last rejoicing in being alive, and what’s possible. That Medhurst again draws attention to his vocal prowess without any grandstanding hopefully means he’s one to keep an eye, or rather ear, out for.

Nothing new we might conclude but done very well regardless and worthy of your listening; several highlights standing tall, and with a back catalogue they’re definitely worth checking out further. 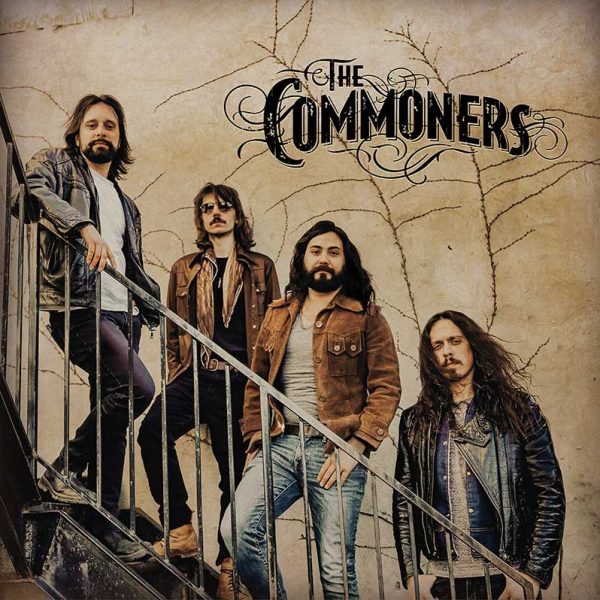