A couple of years back a few of us here tonight were lucky enough to catch The Cadillac Three’s first Birmingham show, upstairs in The Temple. Tonight it’s the main room at the Institute for their biggest headline show to date, as part of the Night Life Religion tour. Since that early Birmingham show, The Cadillac Three have been regular visitors to the UK, including an appearance at Download last year, when on a mostly wet weekend, for a brief time at least,  the sun shone on the Donington crowd.

The evening starts with a bit of disappointing news, as fellow southern rockers Whiskey Myers were unable to make it to the venue in time for their support slot. That means that The Cadillac Three arrive on stage a little earlier than planned. ‘I’m Southern’ is the opener before ‘I’m Rockin’ is interrupted by a blown amp for Jaren Johnston. The title track from the Tennessee Mojo album and ‘Back It Up’ follow and as ever Johnston, Neil Mason (drums) and Kelby Ray (Lap Steel) produce a heavier sound on stage than they do on record.

They slow things down with ‘White Lightning’, Jaren’s love letter to his wife, who happens to be here tonight. There’s references to Elvis and the Dukes Of Hazzard and a huge singalong chorus. After thanking us for making this their biggest show, we hear a song called ‘Soundtrack To A 6 Pack’ from the forthcoming new album. We then move from beer to ‘Whiskey Soaked Redemption’ and then go ‘Down To The River’.

While the band are known for mixing up the southern rock and country genres to produce some thing they call country fuzz, new song ‘Graffiti’ adds a little Springsteen influence to the mix. It’s also noteworthy that while Jaren Johnston is the renowned and in demand songwriter, this one is written by drummer Neil Mason.

The encore includes ‘Party Like You’ and their very own southern anthem. All three members of the band stand at the edge of the stage during ‘The South’, taking in the moment as the Birmingham crowd sings the refrain of ‘this is where I was born and this is where I’ll die’. The evening ends with the Tennessee trio posing for crowd shots with the their state flag, and with that new album imminent, there’s no doubt The Cadillac Three will be gracing our shores again very soon. 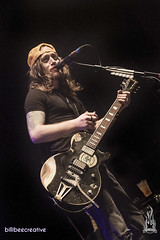 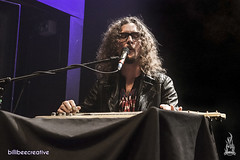 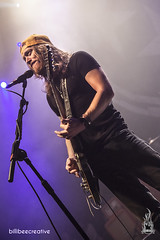 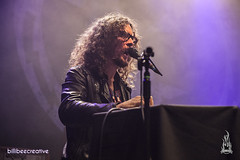 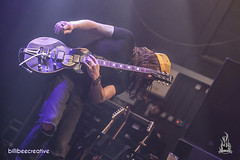 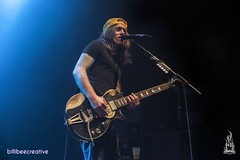 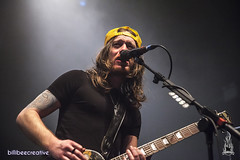 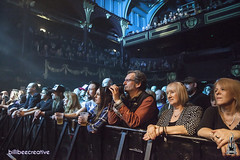 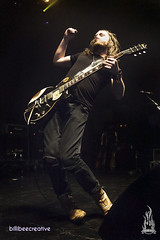 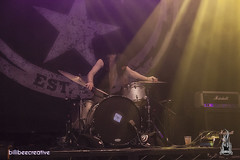