A bowlful of Scouse sludge never tasted so good… 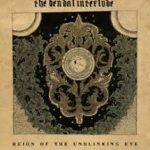 New label Black Bow has already been responsible for some impressive releases since it was launched almost two years ago by Conan frontman Jon Davis.

The Bendal Interlude’s debut full length offering Reign of the Unblinking Eye offers something a little more energetic than previous Black Bow releases, but it is every bit as compelling.

The Liverpudlian quartet have been around about five years but this is their first full length release. The Black Bow boss has clearly taken them under his wing as The Bendal Interlude will now be supporting Conan throughout their UK tour in April.

If they stand up live as well as they sound on record then this support promises to be well worth arriving in good time to see.

Two of the four band members are also involved with thrashers Short Sharp Shock but The Bendal Interlude focus on more dynamic, stoner style numbers,  that fans of Down, Crowbar and the incorrigible Bury boys Pist, should embrace with open arms.

The earthy textures and three-bar warmth of Reign of the Unblinking Eye make this an album that’s easy to take to your heart. 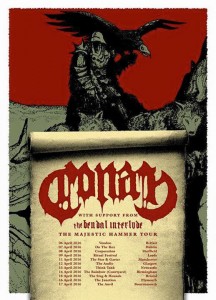 The songs are certainly heavy but not in an oppressive way. In fact it’s similar also in many ways to Orange Goblin, great big burly soundscapes that set your body convulsing before you even realise it.

Some of the time changes and hooks will have you tripping over your own feet it’s that good. In fact the riff from the opening ‘Buckfast For Breakfast’ is almost worth the admission money on its own. Singer Nat has a great throaty delivery rough enough to take the skin off a rice pudding.

The tracks are thoughtfully textured, with ‘The Unblinking Eye’ carrying a neat diversion from within the rumbling main thread while ‘Pint of Bodies’ sees The Bendal Interlude hit the brakes, slowing things down to a more reflective doomier tempo.

‘Creeks Gigantic’ opens with a tidal wave of an aural crescendo quickly amplified by the pounding drum’s and Nat’s corrosive cries.

If you’re going to the Conan show at the Rainbow on 14 April remember to get there in plenty of time to check these sludge savvy dudes out. A double serving of Scouse has rarely looked so appealing.