Ever since The Bad Flowers dropped their self-titled EP in 2016, ‘City Lights’ has been on my playlist, and I’ve been looking forward to hearing the debut album.  The band themselves have been around since 2014, and after four years of lengthy touring schedules and a handful of EPs they’ve finally given us an 11-track album. The band apparently planned to release their first album two years ago, but instead decided to hang fire and gain some more experience on the road first.  It’s a decision that’s played out perfectly for them – the experience and craft gained from those years on the road have solidified into a very strong debut.

For those who’ve not heard of them before, The Bad Flowers are a three-piece hailing from Cannock consisting of Karl Selickis behind the drums, Tom Leighton on guitar and vocal duties, and Dale Tonks on bass.  They’ve evidently been drawing on the same Black Country waters as some of the leading lights of the 70s, as what they’re serving up is some pretty damned fine stuff with enough of a nod to the era to be respectful, but enough novelty to ensure that they’re doing their own thing.  They sound much larger than you’d expect from only three people, with the tight lines and strong vocals combining brilliantly to give a varied depth and range.

In terms of sound, the band moves between heavy rock, blues, and acoustic numbers almost at will. It seems to be effortless on their part, and the overall production of the album is excellent, too – every splash of cymbal and crisp guitar line comes through with swagger and precision. This only helps things along and allows the songwriting and dynamics on show to take centre stage underpinned by fantastic performances all around.

It’s difficult to pull out a favourite track, but ‘Hurricane’ has to be right up there with some fantastic dynamics, and a unique style that makes it hard to pinpoint in terms of genre.  ‘Rich Man’ is another one where the gritty, simple rhythm lines through the verse build to a powerful chorus, and the main guitar riff is awesome in its simplicity.  The lightly reworked ‘City Lights’ works brilliantly as a closer, too, and highlights perfectly how the band have progressed and improved since recording that version for the EP two years ago – the overly rough edges have been filed away to leave something leaner, meaner, and better behind.

If you’d told me this was a second or third album, I wouldn’t have questioned it at all.  For a debut, this is beyond all reasonable expectations, and suggests that these guys have a big future ahead of them. I’ll be making a point of catching them on tour as soon as I can, and would recommend you do, too. 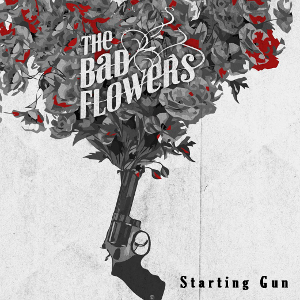