Lots of potential on show…

Three-piece The Bad Flowers have only been around since 2014, but they already sound like they’ve been playing together for years. There’s something in the groove they lay down that suggests a certain chemistry is bubbling away. This is probably most apparent on ‘City Lights’, which rumbles its way through with big choruses and thumping rhythm section work.

If I had to pick a single word to describe the EP, it would be ‘groove’ – it’s the common theme throughout all of the tracks, and the thing that appeals the most about the band to me. They’re not afraid to let the song breathe, and the wailing vocal lines and fat harmonies layered over the groove-based lo-fi rock suggest that there are great things to come.

It’s not quite perfect yet – guitar solos often go on a little too long, and the balance isn’t quite right in terms of production just yet. It needs a little tightening up, but the groundwork is all there, and the musicality is top-notch, so I have no doubt that they’ll get there in the very near future. They’re on tour with Scorpion Child in the near future, and on this showing that would be a gig to remember. Must see about finding myself a ticket… 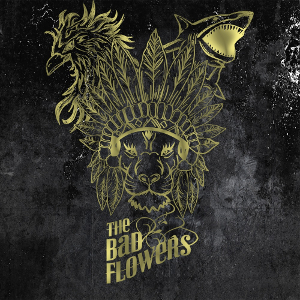