Hailing from Lyon, France, and drawing inspiration from the likes of Refused and Stray From The Path, The Amsterdam Red Light District (TARLD) are master alchemists and mix hardcore and metal to great effect. Their latest album, Trapped, walks the fine line between the two genres and is certainly not for the faint hearted.

Akin to standing by a furnace door and being sandblasted by white noise ‘Threatened Generation’ gets Trapped off to a blistering start. There’s nothing quite like the sound of a metalcore band in full flight and TARLD soon hit the sweet spot and this opening shot perfectly encapsulates the band’s modus operandi. It’s a perfect blend of aggression and groove which makes for an intense listening experience. Featuring a guest spot from Yukina (from Japanese band HANABIE) ‘Threatened Generation’ is a full-on sonic assault and Yukina makes a nice foil for Elio Sxone’s gruff vocals and you can almost see fireworks exploding as the two deliver vocal lines in rapidity. Another single from the album follows in the shape of ‘Good Intentions’ and another guset vocalist makes an appearance, this time in the shape of Drew Stone (Stray From The Path). Drew’s red-raw, throat-shredding style gives the track a hardcore feel while the band deliver a decidedly metal beat and the effect is a song that tugs the listener between the two genres and the two combined land a series of heavy blows which leave you feeling battered and bruised at the song’s conclusion.

TARLD have been terrorising stages for well over a decade, and while some bands have their power diluted when committed to tape this quartet manage to transfer their live power onto disc. It’s also heartening to hear that time hasn’t blunted their anger and, if anything, they sound more peeved than ever. In fact, songs such as ‘Happy Ending’ and ‘Not So Great’ have distilled their anger into a corrosive liquid that threatens to melt through my speakers. With gang vocals and a raucous riff ‘Freedom Is A Movement’ goes straight for the jugular and it’s a track that’s sure to initiate all sorts of chaos in the pit when played live. It sets things up nicely for the title track, and ‘Trapped’ creates a claustrophobic vibe by dint of bassist Gregory Clert and drummer Julien Chanel who combine to create a weighty rhythm section that closes in on the listener like ever decreasing circles. Lighting up the night sky with explosive riffs, Maxime Comby largely forsakes solos in favour of a chunky punch and, when you factor in a lyrical realism that adds real depth, it all makes for a hefty album.

There’s no ballad or ambient interludes to add moments of brevity; just sucker punch after sucker punch and Trapped is all the more powerful for it. At just 36 minutes, this is a fairly brief album but with music this heavy it feels long enough and Trapped makes for a satisfying listen. 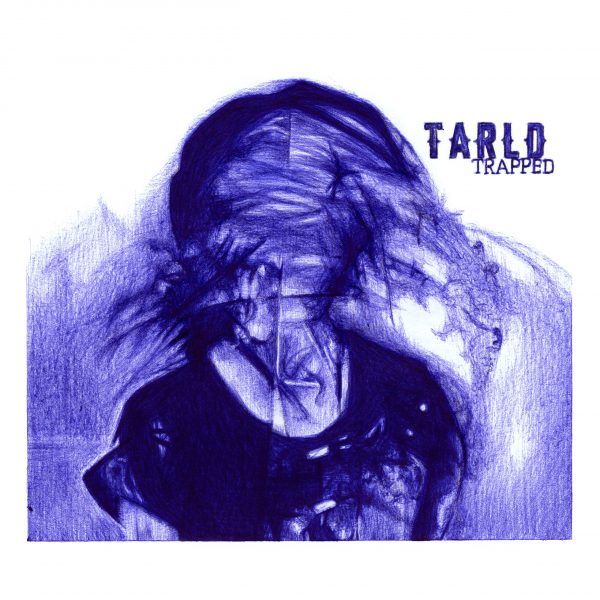