The genre of rock n’ roll is steeped in legends of Arthurian proportions. From blues pioneer Robert Johnson selling his soul to the Devil to Jimmy Page taking up residence in Alistair Crowley’s castle, a good backstory adds an air of intrigue around an artist. While the myth surrounding The Amber Quills is typically understated, it’s no less interesting and Chords And Candies, originally recorded in 1982 (but hitherto, hidden away) finally sees the light of day.

Formed by four school friends in 1982 (guitarist Tim Blakey, bassist Neil Hughes, drummer Dave Jones and Michael Burdett, vocals and guitar) The Amber Quills soon set about honing their unique sound. After spending months in rehearsals, they finally entered a recording studio but their quest for perfection meant that, while they recorded several songs, they ran out of time before they reached the final mixing stage. The Amber Quills folded with the master tapes containing their studio output being kept in Michael’s storage space. Disaster struck in the form of the 2020 floods which destroyed much of Michael’s precious archive (after The Amber Quills he became a noted composer and voice over artist). Finding a company who restored the multi-track tapes, The Amber Quills rise triumphantly (and phoenix-like) with the song Chords And Candies.

While Chords And Candies sounds very much of its time, it also sounds fresh and vibrant and the youthful enthusiasm that fuelled The Amber Quills bursts from every groove. It is powered forward by an irresistible beat that finds Neil and Dave locking in tightly and they bounce with a beautiful melody that skips like a stone skimming water. Tim and Michael’s guitars wrap themselves around the listener as if poison ivy and the latter’s vocals are sure and steady. What elevates The Amber Quills above their peers is their invention and Chords And Candies features psychedelic overtones and alt-rock inflections and, on the strength of this song, it’s puzzling as to why they never took the band to the next level.

Of course, Chords And Candies is not released as originally recorded, and this 2022 version has been mixed by Simon Hanhart (Brian Wilson, Marillion). He’s given the band a bold sound which perfectly suits their driving brand of rock, and he’s brought the swirling psychedelia to the fore so that it entwines the melodic lines, and the two combine to create an earworm that’ll make home in your memory bank. Bringing this release bang up-to-date, Richard Cottle (David Bowie, Eric Clapton) has been brought in to add bubbling keys whilst backing vocalist Miriam Grey’s warm tones (Tom Jones, Paul McCartney) adds another layer to a richly textured sound. 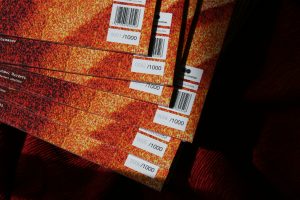 Released on 12” vinyl (with two bonus mixes) and digitally (with two bonus mixes). There will be 1000 numbered copies for sale (available here) while 78 additional copies will be hidden throughout the UK (in phone boxes? libraries? who knows? but happy hunting!). Furthermore 4, rare, white label copies will be placed in charity shops throughout the UK. Therefore, there will be 82 hidden singles, to honour the original year of recording: 1982.

Far too good to be hidden away Chords And Candies is a delicious piece of rock candy, and I can’t wait for another bite.

* Not on digital version 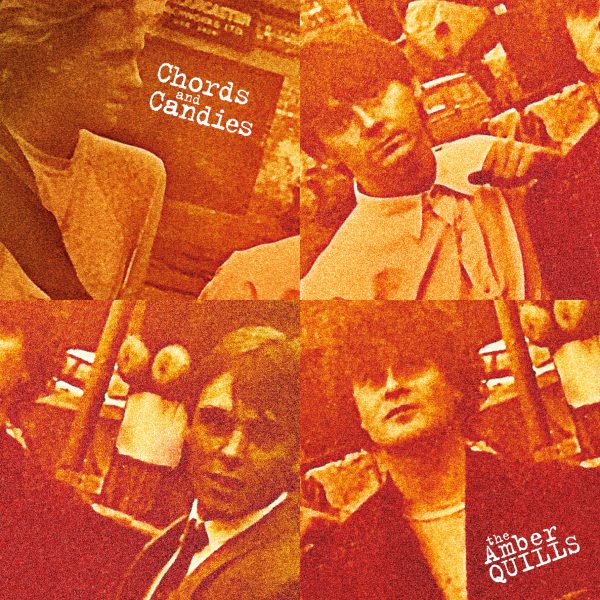