A must-have for dyed-in-the-wool fans, dabblers and newcomers alike…

The late 80s / early 90s aren’t widely regarded as a golden age for British rock music. Whilst New Wave Of British Heavy Metal bands like Maiden, Saxon and Venom continued to rumble on, many having adopted the increasingly self-parodying trappings of American hair metal, punk had long dropped out of the mainstream in favour of more electronic-embellished pop-rock, and even Motörhead were in something of a creative doldrum.

The Almighty entered the scene like lightning from a blue sky. The exhaustive liner notes of this reissue of their debut Blood, Fire & Love album detail how the hopelessly under-rehearsed and ill-prepared outfit nevertheless garnered an all-stars Kerrang review of an early Glasgow show to give them a springboard into the big-time; whether fully accurate or not, it can’t be denied that their melding of steamhammer riffs and guitar solos with Ricky Warwick’s snarling vocal and a leather ‘n’ denim, drugs ‘n’ booze image made them a very attractive preposition to UK labels looking for ‘the British Guns ‘n’ Roses’.

Listening to these re-releases around a quarter-century on underlines how good a call the band’s eventual home Polydor made. Neither has aged badly, the 1989 debut certainly more raw-sounding than the more polished 1991 follow-up but both brimming with energy and splattered with quality hard rock tunes. Some of the lyrics are unlikely to be held up as a paragon of progressive poetry but the venom with which Warwick spat them out more than mitigates that, and when given expansive lower-tempo tunes like ‘Bandaged Knees’ and ‘Little Lost Sometimes’ (both on ‘Soul Destruction’, interestingly) there’s some emotional gold to be mined.

If you’re unfamiliar with The Almighty and turned on by low-down dirty punk-edged rock ‘n’ roll, buying these reissues is a no-brainer – you need them. If you’re a long-standing fan the devil’s in the extras, and with these the reissues abound; the debut includes the stop-gap Blood, Fire & Live concert album from 1990, alone a worthy addition (the raucous “Al-migh-tee!” crowd chants between tunes evocative in themselves) as well as a disc of demo, B-side, remix and alternative takes.

These are as hit-and-miss as you might expect – the multiple versions of ‘Power’ (Killer Watt mix, live B-side mix, dubious ‘dub’ mix, Friday Rock Show session) are illuminating enough on first listen for die-hards but unlikely to become anyone’s favourite take on the tune, though overlooked B-sides like ‘Thunderbird’ and the Mississippi blues ‘Good God Almighty’ are more than listenable.

Soul Destruction‘s single bonus disc is more coherent. Likely reflecting The Almighty’s increased confidence in their writing abilities there’s a superb acoustic version of ‘Hell To Pay’ (later resurrected during Warwick’s solo acoustic shows prior to him being called into the Thin Lizzy fold) and couple of well worthwhile B-sides (‘Bad Temptation’ and ‘Wild Road To Satisfaction’), alongside radio, 7″ (there’s a blast from the past) and live edits of a handful of the album tracks.

To top it all off the deluxe editions also incorporate full-fat liner booklets with exclusive ‘inside takes’ on the albums written by Kerrang’s Malcolm Dome in collaboration with Warwick, drummer Stumpy Monroe and album producers John Williams and Andy Taylor (input from bassist Floyd London and guitarist Tantrum conspicuous by its absence), and some pleasantly nostalgia-inducing review cuttings.

Taken as a whole, these re-releases are pretty much a must-have for dyed-in-the-wool fans, dabblers in The Almighty’s output and newcomers to the band alike – a rare combination indeed for reissues. On the tiny off-chance that they prompt a reunion tour you’d be well-advised to get your place at the front early; on the even smaller off-chance that Floyd doesn’t return for it, can I make my own availability public here? 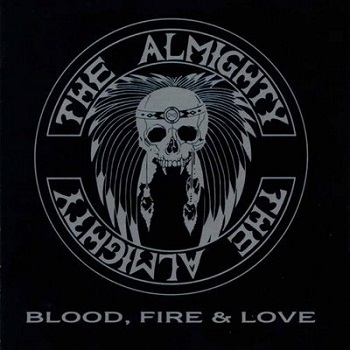