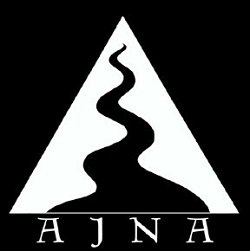 Devoted to extreme metal, experimental music, neofolk and books on occultism, ritual work, magic theory and meta-history, from American independent label The Ajna Offensive we have two new releases for your listening (dis)pleasure:

To find out more on The Ajna Offensive, you can visit their Website and follow them on Facebook and find out more about their literature here. In the meantime, you can either read about them all or click on the band names above to go to their respective review.

Well, here’s a first: Roman Catholic Black Metal. Since the Swedish duo of Lundin and Mårtensson converted to Catholicism in 2009, there’s been much debate about whether or not they can still be “black metal”. A new band to come this way, after a few listens to their material pre- and post-conversion, it appears that other than their beliefs, not a lot has changed. De Mysteriis Dom Christi’s deeply atmospheric, it’s darkly textured, and it’s as murky as it is mysterious, everything that 2005’s What Do You Think of the Old God, We Call Him Judas?, 2006’s Likpredikan, the 2009 demo, and 2011’s Urkaos were.

Otherworldly, underwordly, ethereal, magical, every chary step is calculated and consequential, burdened with meaning and purpose so heavy as to be excruciating. Overflowing with a captivating majesty, the haunting power of this album is difficult to deny. Dark ambient albums such as this are, as the clichéd phrase goes, a journey, one through terrains and topographies that are as unfamiliar as they are unnerving. Ambient, ritualistic, and ominously enigmatic, there’s light, there’s dark, and there’s a myriad of shades and hues strewn across the eleven tracks. All deftly crafted, each track possesses a voice that is simultaneously unique and part of the greater (w)hole, and the experience of them – individually and collectively – is staggering.

If the purpose of music is to transport the listener to another realm, De Mysteriis Dom Christi is the portal. But even though De Mysteriis Dom Christi may have many a countless kvltist running in the other direction for fear of becoming infected with Catholicism, I doubt anyone’ll be running to sign up with the fabled goody goody in the sky as a consequence of listening to it…

Mortuus – Grape of the Vine

The second album from Sweden’s Mortuus, Grape of the Vine is enveloped in an impenetrable darkness. A three minute opening track followed by six elongated dirges, bleak and barren, solemn and sullen, this is a miserable, murky and atmospheric affair. Balanced with a production that brings both sharpness and clarity as well as a dense haze, with melodies writhing in subdued melancholy winding their way through the capaciously multi-layered tracks, the sheer weight of the album’s understated majesty is colossal.

Complex in structure and arrangement, with riffs that carry as much might as they do dejection and woe the aggression is toned down and contained and so works in direct accord with the equally despairing and incensed vocal. Yet this is an album where each of the tracks work better as part of the whole. Taken individually, there are times when they seem to drag for the sake of it, but when the album is played from beginning to end, they somehow make more sense, an achievement that’s as strange as it is satisfying. Black and bleak and with an abyssal futility fueling the album’s slow burning intensity, the experience of Grape of the Vine is intense and penetrating, and one that lingers long after listening. 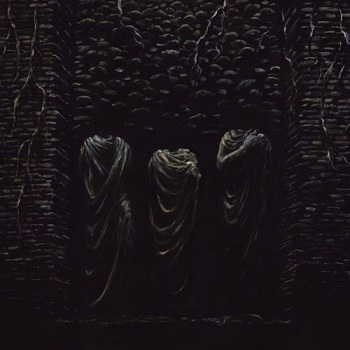