For the past 20 or so years Temple of Baal have been able to exist in the hinterland of black metal extremities probably without too many people paying more than a cursory thought to their name or indeed caring as to where or even what the Temple of Baal is. Sadly, the whole world now knows about this iconic building following its mindless destruction by the masquerading mob that is Isis. The Temple of Baal stood as a testament to the Mesopotamian god Bel in the ancient city of Palmyra in Syria. Now all that’s left is rubble following the wanton destruction of the UNESCO World Heritage site by those who perceive historic remains and places as some kind of threat to their warped ideology.

What any of that desperately sad and wasteful act has to do with the new album Mysterium by Temple of Baal is probably negligible. But just maybe a grain or two of the foundations of the Temple of Baal can live on in some form through this record which is as black, desperate and brutal as much as what passes for daily life in that forsaken part of our planet. Temple of Baal (the band, not the building) were formed in Paris in 1998 since when they’ve made four full length albums, Mysterium now the fifth. The quartet’s mantra has always been to take the worst of humanity and give it a soundtrack. On Mysterium this has been achieved.

The album feels apocalyptic. If the end of the world has a musical partner then it probably sounds something a bit like this. It’s an even darker and more scabrous selection of songs than their previous album Verses of Fire, and that was pretty good. You’ll need a light on when listening as the songs are so black that no light is allowed to filter through the raging riffs while the wiry vocal slaying carried out by bassist Arkdaemon is sufficiently unnerving to disturb a corpse. Amduscias and Saroth build up a wall of noise that is unrelenting in its power with drummer Skvm annihilating pretty much everything in reach with his stripped down pummelling.

A shimmering intro is given time to work its way into the ether of the album opener ‘Lord Of Knowledge And Death’ before the waves start to gain strength, until eventually completely submerging you with their fury. The first two tracks are also the longest at more than nine minutes apiece. ‘Magna Gloria Tua’ delivers more ravenous rhythms interspersed with fleeting moments of quiet reflection before the power surge is reignited, Arkdaemon’s rasping tones coating the whole song with evil. The opening of ‘Divine Scythe’ sounds as though it comes from another place in time entirely. It develops into a formidable force, a sharp solo pouring fuel on the flames in the early stages while a machine gun-like volley of blastbeats adds an even rawer dimension.

Nestling amongst the carnage is ‘Dictim Ignus’ a brief but haunting piece with deep male monastic chants echoing across the scorched stratosphere. ‘Black Redeeming Flame,’ as good a track as any on the album, shatters the solemnity unapologetically. It’s another dynamic whirlwind of a song, well measured with its evenly balanced sections occasionally parting to allow more bestial blasts to infiltrate the maelstrom. Final song ‘All In Your Name’ races along with reckless abandon until some spoken words add a touch of mystery before Arkdaemon starts bellowing his diatribe of destruction to the backdrop of slamming beats and a thrashfest of riffs. The vinyl edition carries the bonus of a Bathory cover, ‘The Golden Walls of Heaven’. In 20 years time don’t be surprised if someone is covering a Temple of Baal song. 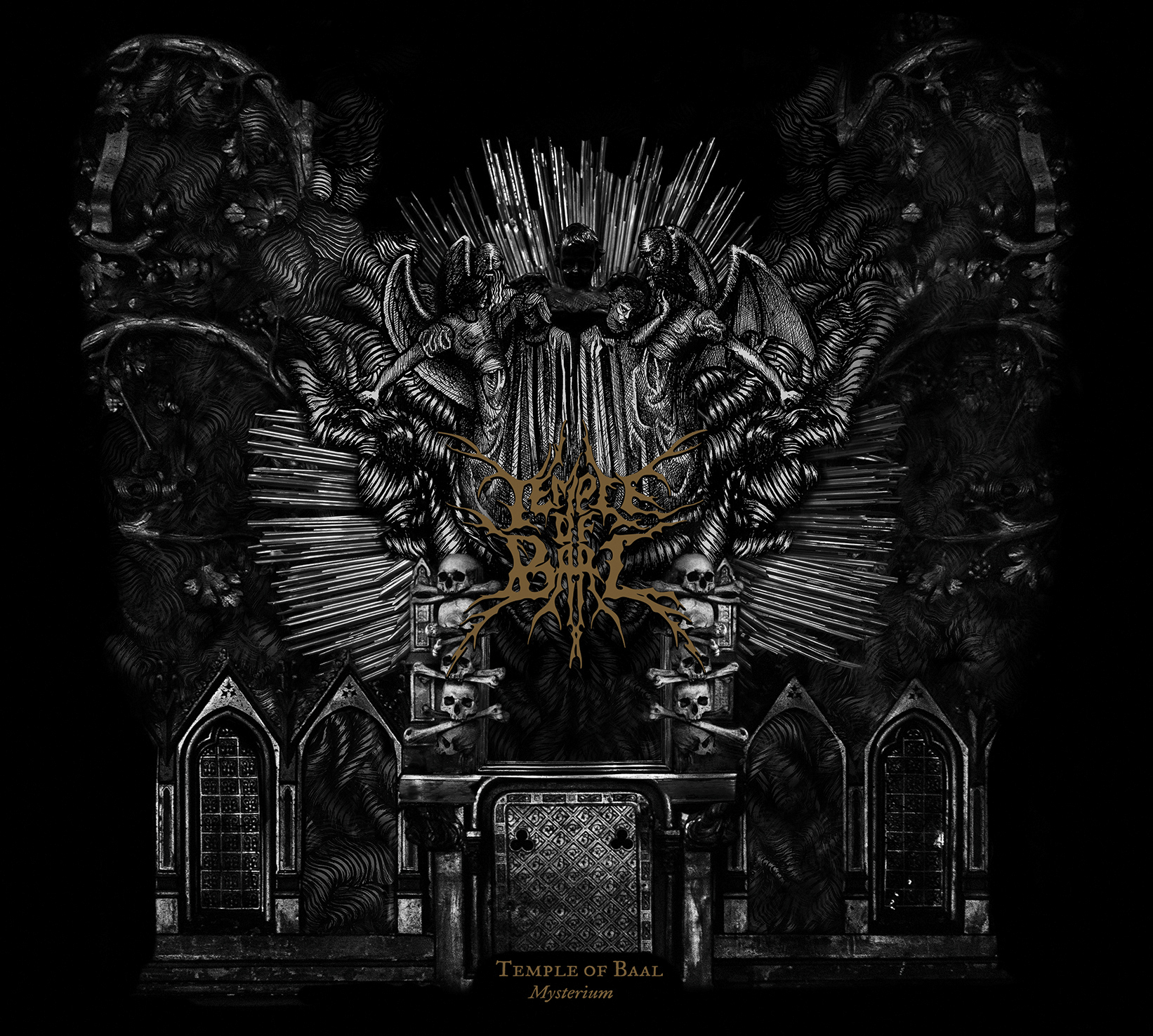