‘Nocturnal’ by the Taz Taylor Band is released on CD on 15 July 2022 by Global Rock Records [GRRCD109]. Though recorded in the Summer of 2021, ‘Nocturnal’ is a joyful throwback in time. The music of the Taz Taylor Band is British style melodic heavy rock… fans of Michael Schenker, UFO and Gary Moore will find a lot to like here, with a stunning line up of world class vocalists and a core band that have been together now for 2 decades. Taz Taylor, both as a guitarist and a band leader, shines on this new album ‘Nocturnal’. 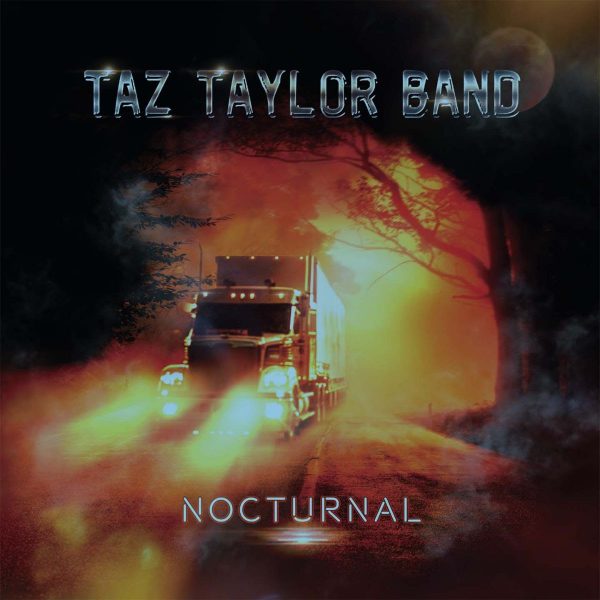 One notable guest is Graham Bonnet, there had been little communication between the two men since 2008 [Bonnet recorded the 2006 debut TTB album ‘Welcome To America’ with Taz] but once they were back in touch, a new song ‘The Accidental Tourist’ was soon in the can! David Reece contributes vocals to three songs on the album. Chandler Mogel (previously heard on TTB album ‘Pressure And Time’) makes an appearance on the song ‘Blue’. Taz also reached out to long time acquaintances Doogie White and Mark Boals who also feature prominently on the album. Mark turned in phenomenal performances on three songs and Doogie showed a slightly different side to his huge vocal talent on the song ‘Raw Nerve’.

‘Nocturnal’ is an album of Classic Hard Rock, performed by “lifer” musicians who are in it just because there is simply nothing they would rather be doing! On this album, guitarist Taz Taylor, bassist B.L. Firks and drummer Val Trainor team up with some of Hard Rock’s greatest vocalists.

Together, the Taz Taylor Band and their amazing guests have managed to combine the swagger and attitude of 80s Sunset Strip with the musical virtuosity of the shred guitar boom which also peaked in that decade… whilst simultaneously raising a huge musical middle finger to the 90s decade that followed. This album is another step forward and it’s high time that ‘Nocturnal’ saw the light of day! 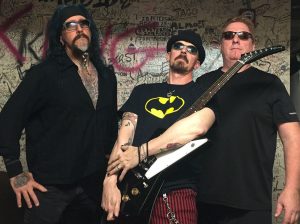