Where it all began for Survivor’s Jimi Jamison (RIP)

1976: In the decade before the polished, radio ready sound of AOR and melodic Rock stormed out of the USA – becoming the envy of British rock artists – American bands were taking their cue from the pre-eminent, blues based rock sound emanating from the UK. Bands like Free, Bad Company, Humble Pie and Clapton provided the template. For many it is an era that has long disappeared into the rear view mirror, and even though (or perhaps because) the future comes flying toward us at an alarming rate, some of us like to go back. Not for comfort, not for nostalgia, but because back then, the music was fresh, new, ground-breaking, ambitious, and was being created on both sides of the Atlantic.

One such aspiring outfit was Memphis band, Target, owner of a uniquely talented, pre-Cobra, pre-Survivor vocalist by the name of Jimi Jamison. On the self titled debut, the band’s tightly structured roadhouse blues is charmingly simple, and you can hear them – especially on ‘Let Me Live’ and ‘Just A Little Too Much’ – reaching for something more melodically memorable, planting hooks that set up home in your head. Not every track measures up, but the band clearly had the ambition and indeed the chops (Paul Cannon’s guitar work could give Skynyrd and ZZTop a run for their money), but this album lacked the vision and the final few pieces of the puzzle. Two bonus tracks, blistering live versions of ‘You Need A Woman’ and ‘Let Me Live’ have been added to this remaster.

The following year, the band released Captured. And this looked liked The One. Their Southern Rock roots shone in the light of a more polished and expensive sounding production. Producer Paul Hornsby – who had worked with the Allmans and Marshall Tucker – helped forge a unique identity for the band, creating a weather beaten sound with a blend of grit , growl and a growing sense of sophistication in the songwriting.

They hit a sure, confident stride early on, embracing blues, gospel and rock with ‘Just For You’ and ‘Maybe In Time’. Sure, there was a Bad Company undercurrent, but Jamison is clearly stepping up to the mark as his own man, finding his own voice and shrugging off his Paul Rogers’ imitation.

As a bonus, this remastered version has 6 previously unreleased live tracks, uniquely marking the beginning of a glorious career. Jamison truly was one of the distinctive voices of the AOR genre. These live tracks may not be sonically sound in the true sense of hi fidelity, but they’ve got that elusive quality much sought after by rock musicians, they call it soul.

Inevitably, it seems, the usual suspects – management and label problems – forced the band to fold. Jamison went on to join Kobra and then Survivor. The rest, as they say, is history. Considering the original recordings are 40 years old, this remaster suggests some authentic magic dust as been discovered at Rock Candy HQ. 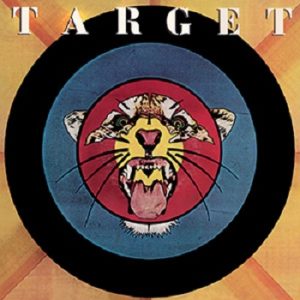 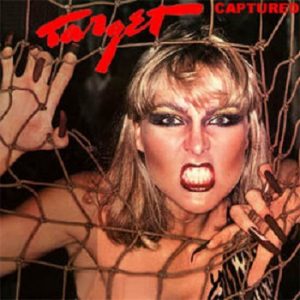