The sounds roll and ripple and rise and fall as Gira conducts with his whole body, the band following his every move, his hands controlling the waves, keeping and caressing them and casting them slowly higher and out into the crowd, the room swathed in an all-consuming sonic violence – a gentle, inviting and invited assault.

Since their inception in the early 80s, Swans have brought together elements of punk, blues, rock, doom, industrial, folk, world, minimalism and more with themes of suffering, torture, humiliation, existentialism, nihilism and the full spectrum of the absurdity of/and the violence of human existence and dissected and deconstructed and reconstructed the beast time and again, exposing and exploring its mechanisms and machinations to create some of the most compelling and overwhelming sounds to be strangled and mangled out of what others refer to as “musical instruments” and mashed into what others refer to as “songs”.

But Swans are much more than music.

This is more than music.

This is more than a gig.

This is more than performance.

The two and a half hour set doesn’t pass. It moves. An enduring calm pervades the nihilistic devastation, the heavy and heavenly drones, the pulsating cadences, the atonal and unsettling melodies and harmonies, and the sheer weight are drawn together in impenetrable walls of ominous and imposing noise and raw power.

The crowd: captivated. Bodies move with the trance-inducing rhythms, with the body-bruising beats, with the hypnotic drones and fervently thrummed chords, with each crescendo and every diminuendo, with every spiritually-intoned utterance.

Saddened that this is the final tour, near-deaf, overawed, and somehow liberated – cleansed, even – we leave in a dissonant daze. 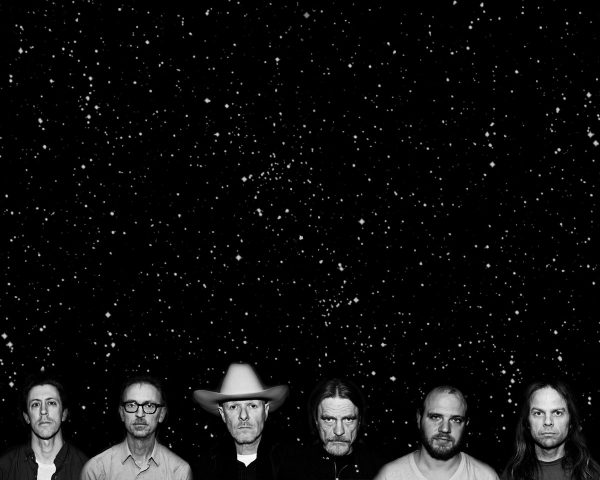