It’s all in the stars

Paul ‘full moon’ Castles points his telescope in the direction of Svlfvr’s debut album Shamanic Lvnar Cvlt, fired into the cosmos by Bakerteam Records on August 5 2016

Italian doom band Svlfvr started out five years ago, releasing an EP in 2012. Some line-up changes since then mean that debut full length Shamanic Lvnar Cvlt is something of a clean start with a sound that now owes as much to black metal as it does to doom. The five tracks are an introspective peek into the dark recesses of Svlfvr’s mind with transcendental reflections on death, good and evil and man’s minuscule role and influence in the greater deity of the universe and beyond in general. While there are growls to itch that scratch there are also clean harmonies allowing Slvfvr to meander more steadily through engaging mellow passages, albeit ones still touching on mortality, natural life cycles and suicide.

The first minute or so of ‘Total Absence of Light’ is 60 seconds of chilling darkness in which the only sound to fill the void is the bellowing drone of Gregorian Monks. The cuffs are unbolted by a fuzzed riff at which point singer Asmodeus barks out ‘Total Absence of Light’ and the album’s opening number begins in earnest with an easy riff, and a constant, although not intrusive, beat. While the song title itself is hellishly delivered much of the rest of the vocals are cleanly sung and actually spoken in parts. As album openers go it works well with tempo lines drawn tighter towards the end of the song helping to heighten atmosphere levels. With aural appetite ignited you’re immediately eager to hear what else these frosty Florentines have in the locker. 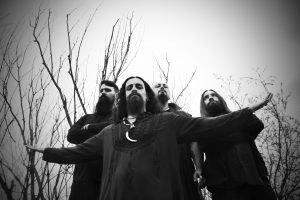 The second song has a little more energy about it, not that it would immediately be obvious, with the title of ‘Wish to Drown in an Abyss of Water’. Towards the end it winds away into a prog phase full of twisting solos, lusciously layered grooves and distant ambient cries. Title track ‘Shamanic Lvnar Cvlt’ hints of desperation with a fragility and urgency in its tone whilst at the same time carrying some irresistibly warm harmonies which show off the vocal qualities of Asmodeus  as the crescendo gathers momentum on its journey towards an apocalyptic conclusion. On ‘Countdown to Death’ there’s an almost metronomic quality to the start in which you can almost feel the sands of time slipping through your fingers. The beats do develop, becoming heavier, as the song builds into a sweeping soundscape full of vitality and imagination.

The first four songs on the album are consistent at the eight or nine-minute mark. Final number ‘Dying Star’s Empathy’ is a colossus of a track, a wink shy of 20 minutes. Within this extended timeframe are different musical nuances although in simplistic terms this curtain closer is filled with inverted prog reflections, doomy although not necessarily gloomy – if you get my drift. Certainly the first phase is a modest monologue spoken over a gently weaving rhythm before some distressed cries take over as the song takes on a much darker feel, although still one played out at a somber pace. Eventually the riffs take on a more scorching feel and the lyrics follow with it as the whole symphonic slab suddenly becomes more immediate. Eventually the marathon album closer just kind of winds down and fades away but by then it’s already made a firm and favourable impression. 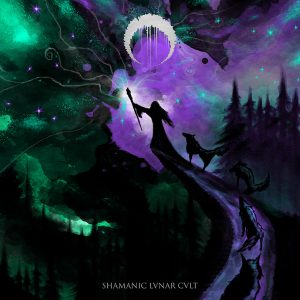