Sweden’s Svärta like their metal like they like the inside of the mausoleum in which this, their debut full length, was no doubt recorded: black, rancid and pungent. One year after their first demo tape På förtvivlans krön (listen here) and their ability to captivate, transform and transport the listener into some otherworldly realm has become significantly refined. With a murky guitar sound and somehow discernibly melodic riffs emerging from amongst the flat-tyre drums and painfully shrieked vocals, the production on this is so raw it’s like being with them in the recording tomb – sorry, room.

Advocates of the black art, Svärta declare their devotion pretty rapidly, ‘Bråddjupets Kall’ blazing along for three minutes of full-on devilish darkness. Then comes a complete shift in dynamics, tempo and feel as a solitary guitar fills the expanse with a soft and ghostly line before closing out the six and a half-minute track with melody raging and the distant vocals shrieking out their discontent. Galloping out of the stables like a horse with the shits (I assume that’s a perfectly normal and common occurrence), similar to its predecessor, ‘Hädanfärdens Sigill’ is a barrage of black metal savagery with an eerily atmospheric mid-section bestrewn with ghostly chants and off-key wails and completed with an upsurge of wall of fire nastiness.

So far, so ruthless. A bleak and eerie instrumental’s what we need and so enters the beautifully haunting and curiously welcoming ‘Gift’. From the chaotic ‘Våndans Högborg’ through the demonic chants and disturbingly ritualistic atmospherics and ceremonial organ of ‘Förruttnelsens Ljuva Nektar’ and into the tortured tumescence and mystical mastery of the incredible closer ‘Det Sublima Lidande’, Svärta just keep pushing deeper into the maelstrom, all the time the music moving forward and the blackness moulded to their will.

Judging by the musicianship alone, with black metal’s roots as their foundational force, Svärta could have easily made an album brimming in black metal bromides and still produced a good album. But with Sepultus, they’ve produced something far better. The promo photo has the duo clad in black cowls with their faces hidden behind two huge skulls. If I’d written this, I’d sling the skulls and chuck the capes away and be telling everyone – whether they cared or not – “Listen to this, you fuckers! I did that!” But fortunately for them, I’m not in the band… 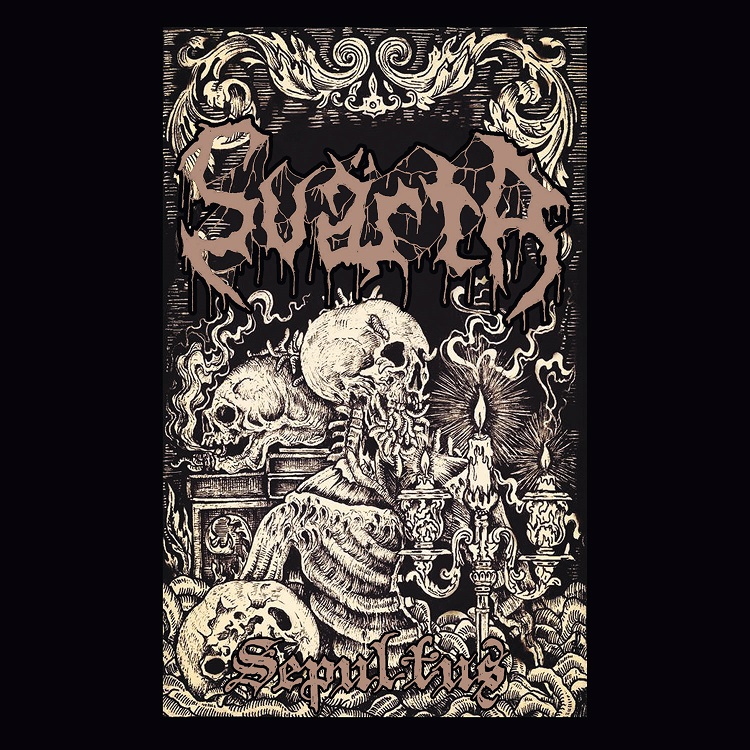