The first of the three were emerging local favourites Kroh whose recently released album Altars (reviewed here) has won them a whole host of admirers drawn by their silky atmospheric doom. While a relatively new act, and with a bright and effervescent young frontwoman in Oliwia Sobieszek, the band’s lineage can, thanks to founder and guitarist Paul Kenny, actually be traced back through a number of notable Birmingham underground bands such as Mistress, Fukpig and perhaps even more notably the wonderful Anaal Nathrakh.

Anyone familiar with the latter’s apocalyptic aural attacks may be surprised to discover that Kroh are quite a different proposition. There are delicious harmonies that will melt a chocolate bar quicker than a blowtorch and intricately layered textures and grooves that resonate with Goth grandiose. Paul’s vision of the band took a while to come to fruition, at one point forcing him to almost lose interest in music altogether. Having almost half-heartedly advertised for a singer online he must have felt like the early American pioneers who first struck gold the moment Oliwia walked in the door.

Although a blond bombshell in the truest sense she is also feisty and the Polish-born singer wasted no time in sharing her clearly defined thoughts with Paul during her audition. The match has been seamless and Oliwia’s commanding stage presence, coupled with smoky deliveries on strident numbers such as ‘Living Water’, has quickly established Kroh as a leading light of the Midlands dark underground.

Kroh will be one of the first acts on stage at this year’s Damnation Festival (previewed here) and joining them at Leeds University on November 5 will be Darkher, whose name tells you much about the pained and poignant place from where the Yorkshire trio’s music emanates.

Although fronted by another female singer in Jayn H Wissenberg, Darkher are an altogether deeper presence, with few highs in an emotionally draining performance not helped by the fact that Jayn’s delicate vocals are crying out, almost literally, for a little t-l-c following the previous night’s show in London. In fact things evidently took a further turn for the worse after the Rainbow set, with Darkher having to withdraw from the final night of SubRosa’s UK stint in Manchester.

So those of us squeezed into the Digbeth lair really did have cause to count our blessings. Darkher guitarist Martin, also Jayn’s husband, brought the room to attention by almost painstakingly caressing his guitar with a violin bow to create a sonic drone that threatened to dislodge the ceiling lights. ‘Buried’ as its title suggests is no foot-tapper. That isn’t Darkher’s way. The performance is resolutely slow, morose and yet completely captivating with it. The first few moments of the opening song leave drummer ‘Winter’ Taylor twiddling his thumbs rather than his sticks but when he eventually delivers a devastatingly brutal thunderclap, you see why Jayn was so keen to have the one-time My Dying Bride drummer on board. Like MDB, and indeed Paradise Lost, in hailing from Yorkshire, Darkher also feel more comfortable in the shadows and if there is a light, they are seldom drawn to it.

Jayn cuts an almost Dickensian figure on stage in full length dress and flowing locks down to her waist that at times make it appear as though she’s performing from behind her very own private curtain. The band’s debut album Realms (reviewed here) is built around grief and loss and rather than hollow fixations it’s clear that for Jayn in particular these tales are raw and personal. The silence when Darkher lost themselves in a moving song such as the majestic ‘Moths’ is tangible with the audience transfixed by the haunting beauty of the song.

Having already been treated to two quite stunning performances the Cellar captives took a collective step closer to the small stage in anticipation of the five-piece headliners SubRosa. The make-up of the Salt Lake City outfit consists of a male drummer and guitarist, two female violinists and singer Rebecca Vernon.

Unlike the previous two bands SubRosa have been around for a while although this year’s impressive album For This We Fought The Battle of Ages has definitely led to a spike in interest in their incredibly diverse sound. The soft passages offer little clue as to the beast that lies within the core of SubRosa. When unleashed, with the violins caught in a bareknuckle sword fight either side of Rebecca, the Utah quintet whip up a tectonic plate shifting sonic storm.

The songs ‘Despair is a Siren’ and ‘Wound of the Warden’ both from Battle of Ages are compelling compositions. But while the former is retrospective soft and subtle the latter begins with restraint but the tension is racketed up the deeper into its soul we venture. Towards the end it’s as though the Walls of Jericho are giving way as the multi-faceted instrumental attack comes together supported by rabid barks from bassist Levi Hanna with an increasingly restless Rebecca fighting to make herself heard above the mesmerising maelstrom as all points of the aural attack come together in a crushing climax.

From the band’s 2013 album More Constant Than The Gods, we’re treated to ‘The Usher’ another epic piece that resonates with sobriety, Rebecca’s softer side emerging with just the flicker of violin in support. The song also sees Levi use his vocals to sing rather than shout and very well he does too. The pair come together for a duet before both violins come into effect, Andy Patterson gets to work behind his drumkit and Rebecca’s tones take on an altogether more aggressive shape.  There would have been no complaints had SubRosa bid us goodnight at this point but such was the response they stepped back on stage to perform an even older number in ‘Beneath The Crown’, a fitting title after a set fit for a Queen. 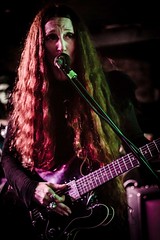 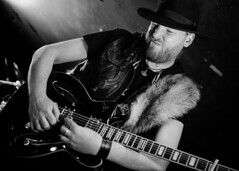 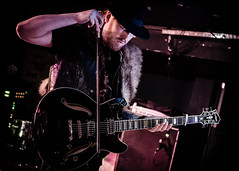 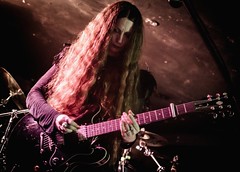 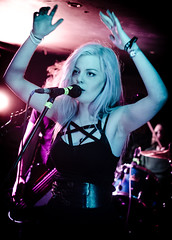 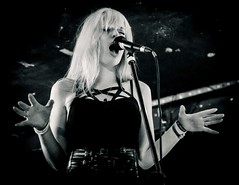 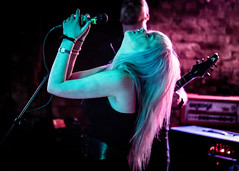 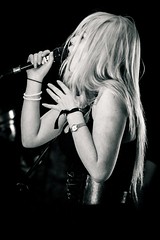 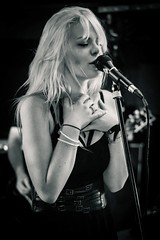 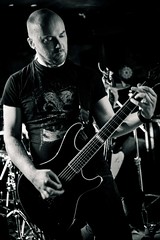 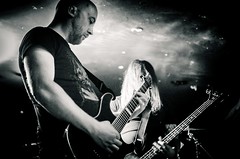 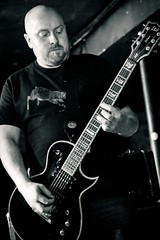 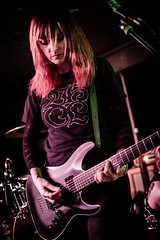 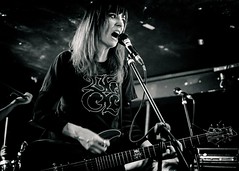 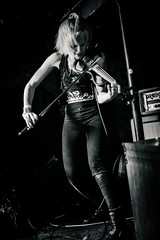 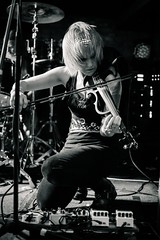 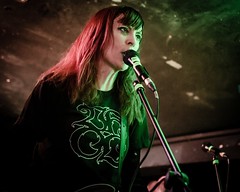 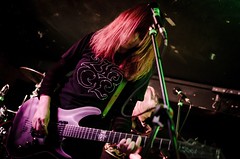 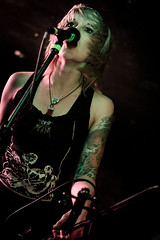 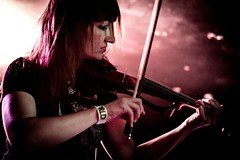 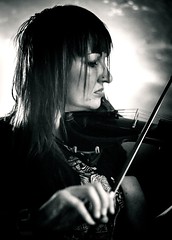 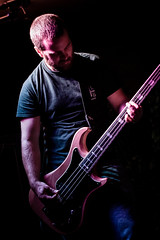 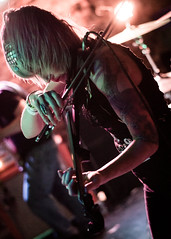 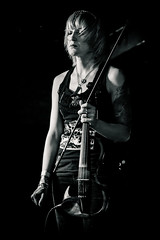 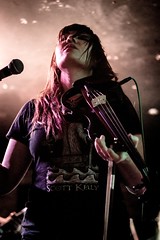 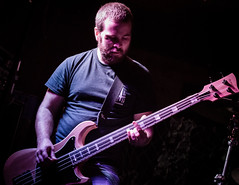 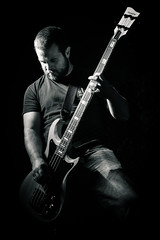 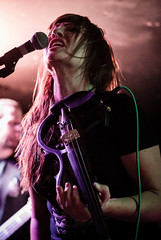