Vocalist, Timo Kotipelto can spend days researching a specific subject, the better to structure his song lyrics. And you thought they just made this stuff up, right?

You have to admit that Kotipelto’s approach works. The band’s album tracks are never knowingly underdone, and the songs are nothing if not epic, and the albums seem always to have their own unique architecture.

ENIGMA: Intermission 2 is something of Frankenstein creation, with 30 minutes of new material, including 3 new tracks, seamlessly butting up against 50 minutes of rare material, including 4 beautifully arranged orchestral versions of popular Strat songs. (You do wonder why it’s taken 16 albums before they get this kind of exalted treatment.)

The album is a prime example of how to marry the classical and the modern. An infinitely entertaining lesson on how your modern symphonic rock band creates a concoction that sounds both eerily familiar and unsettlingly operatic. And only a mammoth 16 track (2 better than Elgar), 75 minute opus would now be fitting for a band of Stratovarius’s stature, as they prepare for a winter tour with Tarja Turunen.

The “previously unreleased/Japan only bonuses/first time on CD” tracks confirm only the smallest recalibration since the 2009 departure of influential and longtime band member, Timo Tolki. ‘Hunter’,’Last Shore’ and ‘Kill It With Fire’ particularly are all filigreed blasts of neatly orchestrated symphonic metal with a steely, Prog Metal spine. Each is a confident, headlong rush toward Stratovarius’s very own sub-genre.

The new tracks, ‘Enigma’ and ‘Oblivion’ are veritable lightning bolts, full of freewheeling verses and explosions of accumulated tension in the choruses. The third new track, ‘Burn Me Down’ unfolds along conventional lines, holding fast to the Stratovarius blueprint, propelled by spine tingling orchestration, punctuated by surges and spikes of razoring axework from Matias Kupiainen.

‘Fireborn’ is an absolute peach. It inclines toward contemporary European electronica before the rulebook intervenes, insisting on the following: Speed, soaring vocals, melodic axework, an heroic, sword-in-the-air, all-together-now chorus, an epic musical sweep and lyrics that generally look to rally support against an unidentified foe. And so all the boxes get ticked accordingly … breathtaking.

Of the four new “added orchestra” versions, ‘Fantasy’ and ‘Winter Skies’ make most impact. The first becomes, paradoxically, a stripped back little gem, reminiscent of the late John Wetton’s Icon albums. Minus the explosive energy of the originals, it is initially underwhelming, but that soon turns into exhilaration, as the veneer of grandeur is peeled away and the orchestral arrangement unfolds like a quiet flag. The second is initially much more compelling, but levels out as the dressing of dramatic strings and pizzicato violins gets comfortable with the velvety sustain of a resounding piano.

How much of these four tracks is Sonivox and Pro Tools, and how much is your actual real orchestra is a moot point. If it’s is the former, the studio craft is amazing. 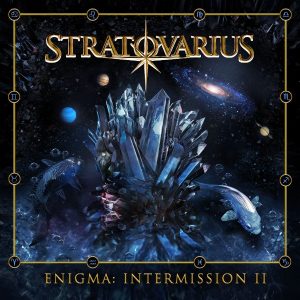