Released on Ear Music on 21 November 2016, and reviewed by Brian McGowan

Ear Music is the international arm of Germany’s Edel AG, a leading music and entertainment company. It has gradually gathered momentum over the last 5 years, picking up class acts like Europe, Foreigner and Rick Springfield, and reissuing significant genre albums, from the likes of Saga, Gamma Ray and Stratovarius.

The first two Stratovarius reissues are now with us, with remasters of studio album, Destiny and of live celebration, Visions Of Europe, both originally released in 1998. Destiny – 2016 remaster comes with a bonus second disc, that of rare live bootleg, Visions Of Destiny, again remastered. It makes this a powerful offering.

Destiny, the band’s seventh studio album includes several dazzling, tight-as-a-drum, streamlined examples of the band’s art – like ‘No Turning Back’, ‘SOS’, ‘Years Go By’ – all filigreed blasts of neatly orchestrated symphonic metal with a steely, Prog Metal spine. All sounding like Tolki and Kotipelto wrote them while listening to classic rock in one ear and classical sonatas in the other.

The remastering has burnished the music to a brilliant metalised sheen. That’s especially noticeable on the bonus disc, the live bootleg, where the Destiny and Visions albums meet, an alliance that confirmed the band’s music was fast rolling away from the mainstream, a confident, headlong rush toward their very own sub-genre.

The live recording of the Visions‘ tour, Visions Of Europe, had already given some clear indications of the band’s direction. On the studio album you could hear the band shaping the sonics into the neoclassical behemoth that their sound eventually became. Live, they shaved the studio sound of its bombastic tendencies, allowing the buffed up, epic musical sweep of songs like ‘Kiss Of Judas’, ‘Twilight Symphony’ and ‘Black Diamond’ to provide the dramatic intensity they were aiming for.

Stratovarius was well into its career by 1998, but it felt like the band members were never truly comfortable with their direction until they recorded these two landmark albums. These extended remasters provide some recognition of those moments. 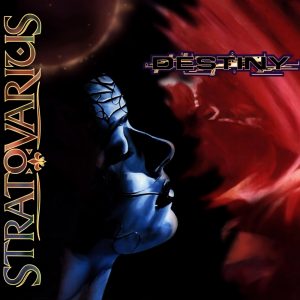 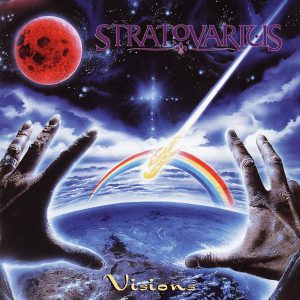