As befitting the band’s music, this Best Of… is a bold attempt to package up the story so far. And the story is one of a band who very successfully created their very own niche in a shrinking market. Like a series of unordered Symphonic Rock milestones, the tracks move around in time…we get a track from 2015 followed by a track from 2003 and so forth. It makes little difference. With few exceptions, the band’s music is written, produced and arranged according to certain precepts or rules. Speed, melodic axework, heroic, sword-in-the-air, all-together-now choruses, an epic musical sweep and lyrics that generally look to rally support against an unidentified foe.

Several bands have tried to copy the blueprint, but no one does it like Stratovarius. The new track, ‘Until The End Of Days’ and others, picked almost at random, like ‘SOS’ (from Destiny, 1998), ‘Forever Free’ (from Visions, 1997) or ‘Wings Of Tomorrow’ (from Dreamspace, 1994) are dazzling, tight-as-a-drum, streamlined examples of the band’s art – filigreed blasts of neatly orchestrated melodic metal with a steely, Prog Metal spine. All sounding like the writer wrote them while listening to the joyous sound of a classical sonata from the 18th century. Reminders that the band’s name is as much Stradivarius as it is Stratocaster.

Shorn of the bloat and bluster that weigh down much of contemporary Symphonic Metal, even the more derivative tracks like ‘Break The Ice’ (from Twilight Time, 1992), ‘Distant Skies’ (from Fourth Dimension, 1995) and ‘Black Diamond’ (from Visions, 1997) display a clarity of detail (more especially with these remasters) that more than make up for lack of nuance and/or subtlety.

That said, sometimes the jump in time is dizzying, a quantum leap from one century to another, throwing the band’s development from beginners to master craftsmen into stark relief. But when you touch down in the years 2009 to 2102, you witness what is arguably the band’s purple patch. The albums released during that period, Polaris, Elysium and Nemesis all show off a reshaped, revitalised band, full of vigour and renewed purpose. There’s a a depth and texture to the pulsating ‘Under Flaming Skies’, a cinematic ambition to ‘Winter Skies’ and a willingness to embrace contemporary pop culture on the wonderfully hypnotic ‘Unbreakable’ (their most streamed track, ever).

Some versions of the release include a 3rd disc – Live At Wacken 2015 – an 11 track, 60 minute bonus that features several cuts not on the ‘Best Of…’ discs. Renowned Finnish studio engineer, Mika Jussila has remastered it all with love, and the liner notes come from keyboard man, Jens Johanssen, along with many previously unpublished photos of the band. 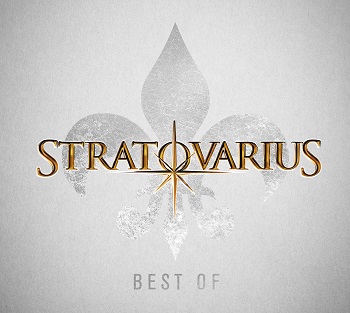 CD3 – Live At Wacken (only with Special Edtn)