Ever wondered what “Post Rock” is? Chuter may have the answer…

“Post rock” is one of those genre tags that, for me at least, has always been too vague and inadequate to identify exactly what it’s supposed to refer to. When you consider the bands that have fallen under this banner, it’s difficult to identify what exactly it is that they have in common to warrant this association. A genre that’s grown in popularity as much as it has breadth over the past twenty years, it’s enough to make you wonder why no one has written a book on the damned thing. I assume that’s what writer Jack Chuter thought too and decided to stick one together. 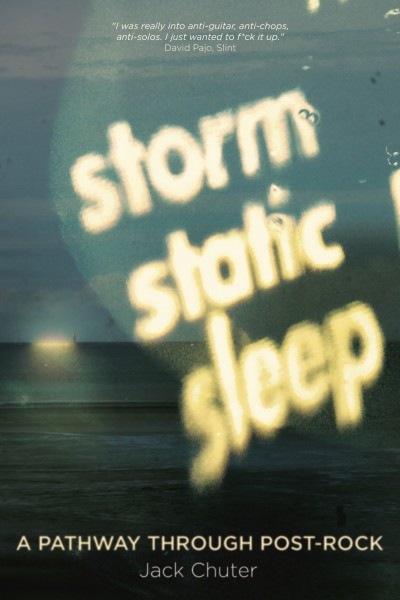 What’s abundantly clear in every aspect of this history is the author’s enthusiasm for and his knowledge of the genre. In plotting a pathway through the genre’s growth (hence the title), the bands he discusses and interviews provide a phenomenal soundtrack. Beginning with Talk Talk and Slint – two bands that couldn’t be more sonically different – the opening chapters bring to light not only the distinctions and contradictions within the genre’s roots but also the difficulties any author would face in defining the genre.

A band that despised the incessant comparisons with Duran Duran, Talk Talk’s last two albums, Spirit of Eden and Laughing Stock, are much closer to jazz – Miles Davis in particular – than they are to the new wave pop of the first three. Slint, by comparison, are closer to noise rock and punk than they are to anything resembling pop and so the breadth of the genre is clearly marked out and makes the trail that we are to continue along all the more intriguing. Featuring discussions of and interviews with numerous bands including .O.rang, Bark Psychosis, Labradford, Mogwai, Godspeed You! Black Emperor, Mono, Sigur Ros, Neurosis and post-metal, 65daysofstatic and God Is An Astronaut, there’s plenty to chew on.

Chuter’s liberal use of metaphors and similes at every opportunity conveys not just his affection for the music but also a strong desire for the reader to appreciate the music in the same way that he does. His dependence on figurative language, though predictable, does manage to conjure up sufficient imagery to make the music appealing to those that consider, maybe even dismiss post-rock as little more than “cinematic”. The creative approach and the determination to achieve a musical expression beyond the bounds of music of each band makes for a captivating read. What’s clear is that the term post-rock does little to convey the complexity of the great bands and the great music that this umbrella term fails to capture. For fans of the genre, this book will surely prompt much discussion. And for those wishing to expand their musical horizons, this is recommended reading.