Released by Angel Air on 13 July 2018, and reviewed by Brian McGowan.

The discovery and renaming of the band by Peter Grant, manager of Led Zeppelin, back in 1969 is well documented. Grant moved them remarkably fast into the recording studio. Two albums released in 1970, one in 1971 and one in 1972. Then it was over… the brightest stars burn the quickest.

Bell’s bluesy, sandpaper vocals were frequently and lazily compared to Janis Joplin’s. Less was said about the band’s ability to rock out… the focus was always the blues. It was only when guitarist, Ronnie Leahy mainlined some rock’n’roll blood into the band’s musical circulation when he joined them in 1971 that their material took an almost imperceptible change of direction.

Five of the first six tracks on CD 1 come from the band’s 1971 and 1972 albums, Teenage Licks and (the strangely named) Ontinuous. Barroom belter, ‘Good Time Girl’ and the Rolling Stonesy ‘Big Jim Salter’ are compact, smouldering packages of blues rock, ready to explode but never truly igniting. They mine a rich vein, but cynics saw this as confirmation the band couldn’t replicate live performance in the studio.

The second disc is taken from Bell’s two splendid solo albums, favouring her second release, Suicide Sal,(1973). Angel Air’s first series of Bell remasters thrust her back into the spotlight, opening up her music – and her voice – to a new generation of fans. Some of the tracks here are simply timeless. The theme song to the TV Detective, Taggart, only scratched the surface. To the curious who investigated further, an undertow of incendiary, fiery performances was lying in wait, proving that Bell was not a blues, rock or soul singer, but was all of the above. The claim can be easily proven by a handful of tracks. Her majestic blues vocals on ‘In My Life’, wordly, knowing and often confessional; the spellbinding, souped up soul/gospel of ‘It’s Been So Long’ . . . disarmingly honest and emotionally intimate. And the sultry slo-mo strut and swagger of ‘If You Don’t Know’, with guest Jimmy Page adding some downhome axe authenticity. These and others, perhaps most notably an achingly moving version of Alice Cooper’s ‘Only Women Bleed’, from 1993’s ‘River Sessions’, are pieces of a jigsaw that had always to be assembled to see the completeness of Maggie Bell, the artist. 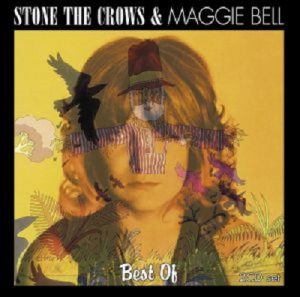