Stillwater‘s second album, I Reserve The Right followed in 1978, a year after the debut. By then, they’d moved toward a more mainstream hard rock sound and become a little more lyrically adventurous … the title song and opening track is a sturdy, shout-it-out rock song that gives way to a strutting axe groove half way through, extending the track to a satisfying seven minutes. It’s a memorable opener, but an underpromoted single version failed to register in any meaningful way. That might have had something to do with the fact that the label, Capricorn, filed for bankruptcy shortly after the album’s release… yet another stop-me-if-you’ve-heard-this-one story.

A crying shame, as elsewhere the album, raw and soulful in just the right places, has a strong sense of pacing, maintaining tension and momentum. The FM radio- friendly, ‘Women (Beautiful Women)’, and ‘Sometimes Sunshine’ have a lightly polished, sophisticated Steely Dan sheen, and ‘Fair Warning’ (not that one), a finger picking, lick trading, barroom boogie, talks of violence, but underlines it with a dark sense of humour.

The seventies are not well known for durable recording technology. Given that, this remastering is all the more impressive. Maintaining the warmth and depth of those original analogue recordings, while at the same time achieving a surprising amount of sonic separation and loudness, is quite some feat. 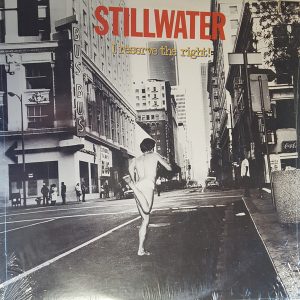