Without a doubt Steven Wilson is one of the most celebrated musicians and producers within today’s progressive rock and metal scene. With Porcupine Tree he released several musical gems with The Incident (2009) being the most recent one. As a producer he worked with the likes of Opeth, Anathema and Orphaned Land just to name a few. Lately he’s been mostly active with establishing a solo career which yielded some of his strongest releases, including Grace For Drowning (2011) and The Raven That Refused To Sing (2013). Wilson’s latest musical venture is another solo effort, entitled Hand.Cannot.Erase.

As with many previous Steven Wilson releases Hand.Cannot.Erase. demands all the listener’s attention before it all starts to make sense. At first the album comes across as a bit incohesive and rather underwhelming, due to its many forays into pop music country and all the subtle ambient and electronic atmospheric bits. In spirit many songs lay closer to Steven’s body of work with Blackfield and No-Man, than to his previous two solo records, let alone anything close to Porcupine Tree. The only thing connecting Hand.Cannot.Erase. to Grace For Drowning and The Raven That Refused To Sing is Wilson’s profound love for Seventies prog rock like Yes, Gentle Giant, Genesis and King Crimson just to name a few.

Yet as this album started to unfold the whole project starts to make sense. Lengthier and often jazzier tracks like ‘3 Years Older’, ‘Routine’ and ‘Ancestral’ work in perfect tandem with the more ethereal material such as ‘Perfect Life’ and ‘Happy Returns’ with Steven’s soothing vocals tying it all together. His fellow collaborators, such as Marco Minnemann, Adam Holzman and Guthrie Govan are all second to none when it comes to musicianship and technical ability, but they all know how to serve the music and the overall atmosphere and even when one musician takes centre stage it all fits in the grand scheme of this album with Steven Wilson as the musical conductor.

Hand.Cannot.Erase. feels less retro than its predecessor and it’s also less heavy handed than Grace For Drowning or the more darker Porcupine Tree material. Despite its more poppier leanings and ethereal character this record demands all your attention. It takes several listening sessions before the overall musical concept start to sink in. Hand.Cannot.Erase. is a genuine grower, but with enough love and dedication it may very well be one Steven Wilson’s defining works. 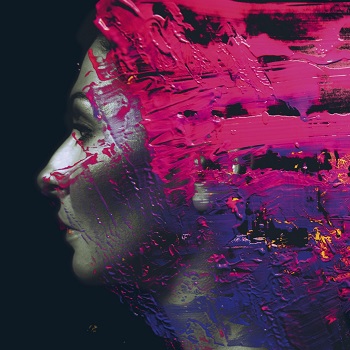