Miljenko Matijevic has one of the best voices in Rock and enjoyed success with his band in the nineties. It’s interesting then to see what he can produce now, some 25 years later.

It is not always easy to recapture the spark, but with a very solid band behind him, Matijevic has managed to create something here that retains the power of the debut, classy, diverse, modern, and surprisingly, his vocals have lost none of their power.

On this new release – produced by Mili himself – there is a brashness and ruggedness to the sound. He’s put his own stamp on the project, and that makes all the difference. It’s tougher, more contemporary. The criticism of the one-size-fits-all production values, levelled at a number of Frontiers releases of recent times, does not apply here, and the album’s 10 tracks range across the full gamut of Hard Rock.

The first video release is an absolute cracker. “You Got Me Twisted” is an aggressively emotional ballad, beautifully crafted and executed and without doubt an album highlight. At times, throughout the album, Matijevic’s arrangements take the songs down to their bare bones, with only piano and vocal or occasionally some additional orchestral accompaniment, such as the stunningly melancholic “Lips Of Rain”. There is something about the delivery in these slower tracks, similarly the moving closer “I’m So In Love With You”, that has the ability to make you look into their soul.

No question, Steelheart fans will love this, and anyone prepared to take the chance and experience something a little bit different will love it too. So, get onboard and enjoy the ride, it really is such a pleasure to have new material from one of the standout voices in Rock. 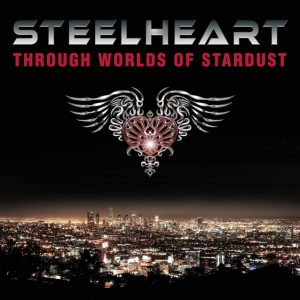