So, rumour has it (or, to be more precise, press release has it) that, should you stray from the beaten track and Boulevards of Paris, and if you happen to creep down a certain less than salubrious side street, you might just hear Steam Morrisler jamming and rehearsing in a candle-lit funky basement. Or, if you want to leave things a bit less to chance, you could simply download ‘Odds & Ends’, their debut EP.

And there’s no time to faff around. ‘Red Voodoo Babe’ opens with a crash of instruments before a sleazy riff and some metallic blues harp kick in (as per the above video). So far, so hair rock with grit (or should that be gris gris) – the voodoo of the title is here in abundance. It’s an ivy strewn, New Orleans gothic construction – ‘Mannish Boy’ is quoted, Bela Lugosi is sampled, Steven Tyler is channelled. There’s no time for a slow reveal of gifts here, the kitchen sink is thrown at you. Production is big. 80’s big. There’s more than a hint of chaos to the proceedings, it teeters on the brink of falling apart…as does all the best rock ‘n roll.

‘Under Acid Elephants’ brings the weird. It has a slower, nastier groove. There’s a low slung menace, grease practically drips off the guitar strings. Then things turn loose and moody and tribal percussion enters the fray. The wah wah is a nice touch too…just don’t ask me what any of it was about! And what, oh what do we make of ‘Hoodoo Tale’? A twangy, bluesy intro with growled vocals adds a soupcon of prime Tom Waits to the mix. We’re then into a quirky (well, they are French) spoken word/rap moment and a big melodic chorus. Then a Spaghetti Western Morricone segment (with more spoken word interludes) and a woozy solo. And a rock out. And more twang. And feedback. It flits and flirts like a true burlesque Madame, you begin to realise that press releases’ mention of “curiosity cabinets” wasn’t just bad translation.

And finally, ‘Heroin Jenny’ parties like it was 1991 with its seriously funky hair metal chantalong riffage (Extreme would have been proud) and an almost obligatory cod rap moment. Is it being knowingly retro or not? Its 5 minute duration crams in hard drug glamourisation, more bad rapping, a Nuno does Hendrix solo, bongos, handclaps, Zeppy theremin wails and a who-gives-a-fuck sense of fun. Another genre splicing dust up that leaves you exhausted, with a big grin on your face.

So yeah, fun. Lots of fun. And very interesting. Oh, and annoyingly French. They’re tough to pigeon hole and surely that’s a good thing, they create a sense of mystery, of wanting more. And that’s what we need, an album. And hopefully that’s what we’ll get sometime soon. I, for one, will be giving it an eager listen. 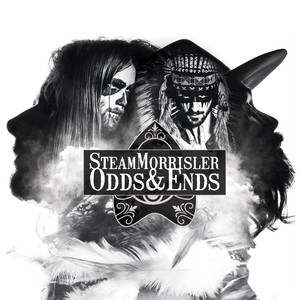