If there were such things as bipolar venues, then Wacken and The Royal Albert Hall would surely qualify.

One wild, raucous and German, with nosebleed inducing noise levels. The other a distinctive piece of Victorian architecture and very much the home of live classical performance in the UK. Status Quo‘s music, now an integral part of Western popular culture – 120 million albums sold – is perfectly at home in both.

The band have been well served by enterprising label of taste, Ear Music, who’ve curated a number of thoughtfully repackaged albums these last few years, as well as reissues of the classics. Thus Down Down & Dirty At Wacken, and Down Down & Dignified At The RAH get simultaneous releases this month.

The band’s Aquostic releases were something of a revelation, even to the converted. They proved, if proof were needed, that even when shorn of the blue denim bluster, Quo songs can shine brightly. And let’s face it, when your material has aggregated 500 weeks on the UK charts, you can afford to be optimistic about audience reception.

Down Down & Dignified … is a 24 track, 2 CD affair, and with a little help from Andy Bown, John ‘Rhino’ Edwards, Leon Cave and Richie Malone, the only original, Francis Rossi treats an eager audience to an almost new Quo experience, streamlined, economical and friction free.

There’s a focus, deliberate or otherwise, on folk, blues and country stylings and arrangements. It’s a big arena, and the material needs fleshed out by strings, accordions and energetic bgvs. So these arrangements are a necessarily snug fit. Whether it’s ‘Hold You Back’s Appalachian Mountain Men groove, ‘That’s A Fact’s toe-tapping Bo Diddley beat or ‘Better Now’s rock banjo riff and Rossi’s emotional investment in the lyrics, it all works. And it works for all 80 minutes.

600 miles to the west of the RAH lies Schleswig-Holstein and its increasingly famous little town, Wacken, and the “biggest heavy metal festival in the world”.

Last year’s Quo gig in its entirety is presented on a single, 14 track CD… Down Down & Dirty At Wacken.

The band’s linear, unfussy songwriting technique might need a bit of underpinning when done acoustic, but when they crank up the guitars and amp up the bass and drum, the temperature rises and adrenaline flows. Live, it’s all about timing, and Quo have done a gig or two. Twenty minutes in, they launch the ‘Proposin’ Medley’ – an 8 minute blast through 5 tracks – that sets the arena alight. The band’s performance manages that difficult balance between rehearsed precision, and freewheeling, blood pumping performance.

Some key covers are worth a mention. ‘Rockin’ All Over The World’ is now so deeply embedded in Quo’s setlist psyche, that even John Fogerty must think of it as a Quo song. And then they finish with a tribute to the man who started it all, a cover of Chuck Berry’s ‘Rock’n’Roll Music’. Nicely apposite. 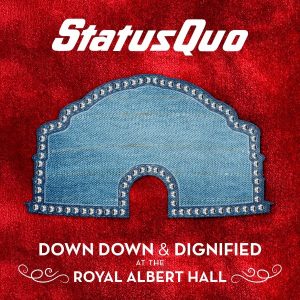 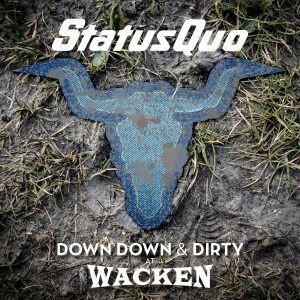