It seems as though trying to unravel the mystery surrounding dark experimental French outfit Spektr requires the collective detective skills of Poirot, Miss Marple and Cagney and Lacey.

Certainly my own research has so far proved embarrassingly fruitless. I can share with you that Spektr is a two-man instrumental outfit who started out around 2000 and this is their fifth full length release.  Well that’s good enough for me. 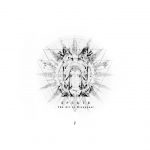 The Art To Disappear is an almost entirely instrumental release, the extremities of which at times bring to mind elements of Anaal Nathrakh and Norwegian jazz/black metal group Shining.

While there are some passages of musical enlightenment Spektr are at their most disturbing when venturing down the darkest of avenues such as on the 50-second ‘Kill Again’ when those words are uttered repeatedly against a grey and dissonant backdrop.

Through their warped ambient sonic soundscapes Spektr seek to open doors into the psyche that most would prefer to remain closed.

There are fragments of evil nestled with the cacophonous rage that is whipped up repeatedly on energetic outbursts such as ‘From the Terrifying to the Fascinating’.

The dynamics furrow deep and while you can sense the closeness to Satan within its fire, it’s not as easy to engage with as conventional black metal bands, for example the likes of Watain and Belphegor.

‘That Day Will Definitely Come’ at times is wrapped in a blanket of solitude, saying little and going nowhere, whilst at other moments it is though the shackles of hell are trying to be shaken off by someone who feels their destiny with the Demon can be delayed a little longer.

This is clearly not an album for your average dinner party or special family celebration. Don’t expect Spektr to be headlining the Academy any time soon.

But for those prepared to look deeper into the abyss, then Spektr’s musical accompaniment could scarcely be better, as on ‘Your Flesh is a Relic’ a blinding and chaotic headspin of frenzied grooves and thrashing waves.

The album’s title track is an epic 10-minute album closer, with moody monotony interlocking with some wall climbing riffs. As the tempo escalates it again twists away into some softer abstract moments that eventually fade into oblivion a deep voice occasionally whispers a line from the shadows.

The Art to Disappear is an album that you’ll come back to, taking more from each on each occasion. It has more catacombs to explore than a gothic church and is almost as scary.