L’Appel Du Vide or, translated, the call of the void. Ever been up somewhere really stupidly high and thought to yourself, ‘I could just take one small step forward and….’ well, that’s the existential Freudian jist of it. But fear not dear reader, jumping into this debut album (see what I did there) by US sludgesters Space Coke is a safe and pleasurable experience.

So, in a nutshell what we get here is a prime slab of Sabbath inspired riffery with a hefty side order of pop culture psychedelia, but there’s more to this than, erm, that. So, let’s dig deeper fellow travellers and see what we’ve got. Quite aside from the music, it’s a reference spotters joy. The majority of the songs commence a la White Zombie with obscure B-movie occult drive-in movie samples and scratchy background noise. The riffs, when they arrive are of the huge, fuzzed out, sludgy, Iommi-lovin’ variety. There is also a great deal of swirling Hammond organ in the background, which is never a bad thing.

The title track veers off from its Kyuss channelling Sabbath riffage into a nicely handled noodle before the riff returns. ‘Kali Ma’, a brief ode to Eastern mysticism, is wonderful, full of wailing and bongos until it’s big old fuck off riff hoves into view. ‘Corpsewood Manor’ meanwhile, has a punkier edge, roaring ahead like a millennial sludgy Mountain with a solo straight outta 1969.

The 2 minute ‘NoiseJam Trip’ does exactly what it says on the tin while ‘Lucid Dream’ heads out into the Badlands for some mammoth desert sludge. ‘Thelemic Rituals’, with its ever-increasing riffs and fuzzed out wah-wah is almost funky, grooving awesomely while quoting Aleister Crowley. Yeah, it’s been done before but this is some seriously heavy occultism, man.

The choice of covers is interesting too. Brave is the band who tries to tackle ‘Venus In Furs’ and no, this sludgy makeover doesn’t come anywhere close but it’s a noble, noisy attempt. The original is one of the most decadent works of art ever created and anyone trying to replicate its terrifying, fucked up ennui is always going to be on a loser, always doomed to come up short. Stevie Wonder’s ‘Evil’ however, is another story. Enlisting Deborah Adedokun on vocals, they conjure up a mess of soul/sludge blues. It’s a totally original take on a fairly rigid genre and it pays dividends. Loose and full of soul, who’d have thunk this woulda worked, but work it does.

So, a victory. Great songs, production, vibe and attack with brave and thoughtful covers, it’s one of the more enjoyable and interesting stoner releases of the year. Oh, and special mention must go to vocalist/guitarist Reno El Cheapo Gooch…just because he’s called Reno El Cheapo Gooch. Plus they’re named after a Cheech and Chong skit…nuff said. Anyone in the mood for quirky and heavy should give this a listen. 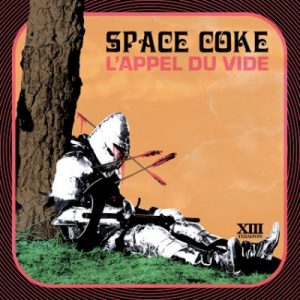