Richard Sontaag (instruments, composition, concept, co-production) and Ian Fortnum’s (story, lyrics, voice, concept) eponymous debut release is an album of contradictions, although quite how many of them are intentional is open to debate. The band themselves describe this prog concept album as an “epic, trans-media hybrid”, a work in which “sonic cinema meets e-book, pod-lit in cyberspace”. 21st Century prog then… However, its most obvious sonic antecedents (War of the Worlds, Dark Side of the Moon, Tubular Bells) are all at least 30 years old. But as I began to listen to this CD, I realised that there were other touchstones… I just couldn’t quite put my finger on them.

After an ambient intro, all 70’s synths and Gilmouresque guitar, gentle rainfall and tinkling effects (redolent of Vangelis’ Blade Runner soundtrack) usher in the spoken word narrative – concerning the inhabitants of the planet MP-5 (MP3 anyone? A dig at digital music perhaps?) who need to provide harmonic, ambient music for “The Great Harmodulator”, an immense machine created by the Ancients which can synthesise energy from harmonic sound and reanimate extinct planets… I think. Ian Fortnum’s narration is, I expect, intended to lend the proceedings some Richard Burton-style gravitas and yet, at certain points, he sounds more than anyone like Nigel Tufnel, orating portentously about the druids of Stone ‘enge! It’s never a good sign when you begin to wonder if it is all done with a tongue planted firmly in cheek…

On the two occasions that the albums rocks (‘Spaceshifter’ and ‘Interstellar Genocide’) you are tastefully reminded of early Hawkwind, with squally, space-rock solo’s and a not-terribly-angry Home Counties sneer to the vocals. But it is on ‘The Skull-Scraping Caterwaul’ that the fault lines really begin to open. The songs title leads you to expect a certain sound and it is the point in the narrative where our protagonist (a musical genius named – wait for it – Sontaag!) experiments with dissonance and cacophony and brings about the destruction of MP-5, and the soundscape is… more gentle ambience and laser sound effects that sound as if they were half-inched from the BBC Radiophonic Workshop.

And it was then that the other touchstones arrived in my head, the two other points of reference that this reminded me of more than anything else. Both are late 70’s radio comedies, ‘The Hitch Hikers Guide To The Galaxy’ and Kenny Everett’s ‘Captain Kremmen’, both ground-breaking in their day but certainly not now. Now, they are listened to with a wry, nostalgic smile which, I’m certain, is not the reaction Sontaag are striving for. Only readers of a certain age will remember these references and, again, that is rather telling.

However, it’s not all bad. I actually very much enjoyed listening to this album, albeit with an ironic grin. The production, courtesy of Killing Joke’s Youth, is as uniformly brilliant as we have come to expect of him – warm, enveloping and immersive. But, Prog rock is big right now, a challenging, vibrant genre (it has its own magazine!) and if you’re to compete with the Porcupine Tree’s of this world you have to have something serious to say and to be moving ever forwards, not timidly gazing back. 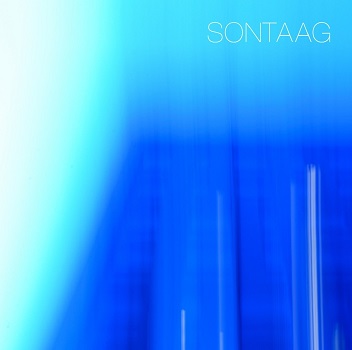